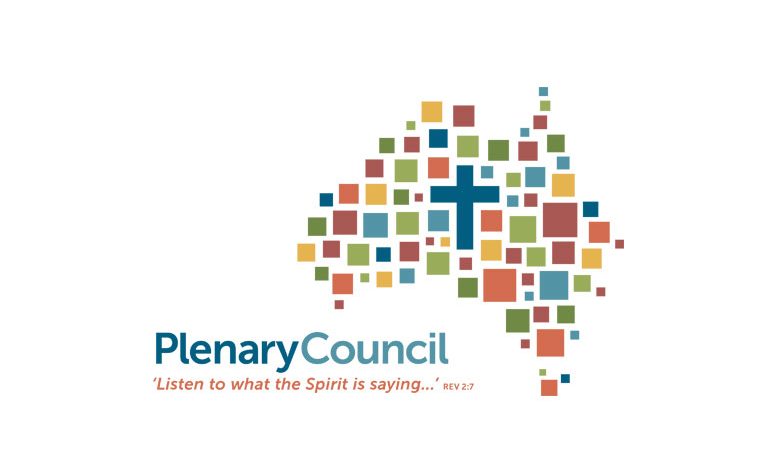 What’s in a word?

We use words to name or describe, to reason, learn and remember, and to communicate to others. With words we write or speak our sacred texts, laws and decisions, records and contracts, essays and books, conversations and correspondence, newspapers and audio-visuals, poems and songs—disclosing ideas, norms, feelings and more. We use words to announce, promise, play, exhort, recall, consecrate and pray. Words can even be weapons, as when people argue, gossip, deceive or troll others. The Fifth Plenary Council of Australia—long prepared for and opening today—has already generated millions of words and will itself be conducted in words.

All through the Old Testament our God is a talking God; the sum of His words and deeds is ‘the Word of God’; however limited our language, words have remarkable power.[1] To say, as our first reading does (Dt 30:10-14), that we must take to heart the ‘words’ of God and obey them, means God’s will is revealed to human beings and can be satisfactorily reduced to words. But then Moses says something strange: “The Word is very near you”—the Word, singular. St John opens his Gospel with an even more astonishing claim about words: that there is more than one person in God and the Second Person is the comms, reason, news or song of God; that in the beginning was the Word, and the Word was with God, and the Word was God; that the Word became flesh and dwelt among us as Jesus; that His words are truth and grace, spirit and life; that to believe in His word is to receive Him and have eternal life.[2] In today’s Gospel Jesus speaks of Himself as the Word sent by the Father and of His disciples keeping, trusting and being reminded of His words by the Spirit (Jn 14:23-29). The three Abrahamic faiths have been called ‘People of the Book’, but Christians are better designated ‘People of the Word’. Hearing that Word is the first purpose of our Plenary Council.

Some will say “Deeds, not words!” They fear another gabfest, making no real difference. But thinking and talking are already actions, and words can bring about change. When God says ‘light’ there is light; when Adam names ‘woman’ there is marriage. So words are not just for hearing and articulating but for sharing. “Father, the words you gave me I have given to them… they know they are true and have believed,” Jesus said at His Last Supper. “Now, Father, as you sent me… so am I sending them into the world. Sanctify them in the truth, for your Word is truth… And I ask this not only for them, but for those who will believe in me through their word.” (Jn 17:8,17-18,20) The Christian vocation, then, is to be words of the Word, a world wide web of communication of the Gospel to the ends of the earth. If our Council does not make the Church in Australia more missionary, it will have failed!

Our Plenary Council comes at an important juncture of the history of the Church in this land. We must address some very contemporary issues, such as: How to deepen our spiritual lives amidst the noise and busyness of modernity? How are we to spread the Word in a society of declining faith, affiliation and practice? How can we ensure all our institutions are ‘with the programme’, so to speak? How are we to heal the wounds of colonisation or abuse and learn from First Nations peoples and survivors? How will we be voices for ‘the little ones’ including the unborn, dying and others ‘at the peripheries’ of our ‘throwaway society’, as Pope Francis has named it? How best are we to structure and govern our Church in these times?

These are agenda items of our Council and they demonstrate that the members are not shying away from the big questions of our times. But behind them all is the perennial challenge to receive the Word who is God and in turn be voices for that Word. So we ask: How might we better identify, form and support leaders for mission—young or old, married or single, cleric or religious or lay person—to be the missionary disciples Australia needs, each according to their particular state of life?

The three traditional sources of evangelical energy in the Church in Australia—family, parish and school—have proven resilient and adaptable, and we can expect the Plenary Council to recommit to all three and propose strategies for their renewal. Historically each has tapped the energies of one particular, precious vocation: our families were mostly founded upon marriage with the spouses making their home a domestic church where words of faith were transmitted between generations; our parishes were mostly pastored by clergy to sustain the faith of parishioners and reach out to the world with words of hope; and our schools were run mostly by religious who made them centres of evangelisation and learning words of love. But all three vocations are in crisis today.

When Catholics hear ‘vocations crisis’, they think priest shortage. In fact the numbers embracing and sustaining marital and religious vocations are much more starkly in decline. Were we using the readings for the 27th Sunday, we would be hearing of the institution of marriage in Genesis (Gen 2:18-24) and the confirmation of its indissolubility in Mark (Mk 10:2-16). Beautiful as marriage is and commonplace through history, many of those of ‘marriageable age’ no longer marry. Some do commit to life-long service of some other kind. Most who do marry, now do so later, after a long period of practised non-commitment and series of quasi-marriages. They have few (if any) children. Many married couples break up, which is tragic both for spouses and children. None of which is to deny the idealism, love or sacrifice of those involved. It often reflects pressures beyond their control from law, culture, economy and relationships. Those who now attempt marriage do so in a civilisation confused about its meaning, ambivalent about its commitment and unsupportive in sustaining it.

At the same time and for some of the same reasons, consecrated religious are an endangered species in this country. Though ecclesial movements and committed lay people have increasingly filled the void, we don’t yet appreciate the loss the decline of consecrated religious represents to prayer and mission. Catholic children now grow up without ever seeing a religious except in a comedy film.

And without an adequate cohort of new priestly vocations, free of unhealthy clericalism but with a clear sense of their identity and purpose, the Church will not be able to provide the sacramental, pastoral and evangelising words so sorely needed. If our Plenary Council fails to rouse the Church of Australia to a new sense of vocation, the Church may wither on the vine.

Behind the vocations crisis are the challenges to faith, authority and morals that I have been exploring over the past few Sundays. I am confident these can all be addressed. The Church in Australia has many strengths: the faith and generosity of her faithful, religious and clergy; her many institutions serving so many Australians; above all that One who is Lord of that ‘Great South Land of the Holy Spirit’ that is Australia. If our Council addresses the many challenges and inspires a renewed sense of the baptismal vocation and mission, this should play out not just in good spouses and parents, priests and religious, but also in good politicians and journalists, teachers and academics, scientists and artists, lay leaders and workers within Church institutions but especially beyond. Finding ways to inspire, form and support these hearers, carriers and doers of the Word will be crucial going forward.

Dear friends, of your mercy, pray for the members of the Fifth Plenary Council of Australia, as we continue to ponder the question: what is the Spirit saying to the Church in Australia today?

A warm welcome to St Mary’s Basilica, the cathedral church of Sydney and mother church of Australia. The official opening Mass for the Fifth Plenary Council of Australia is being conducted today in Perth and can be viewed on the Council website at 2pm AEDT. COVID restrictions have forced the Councillors to meet online and so each diocese is celebrating a parallel Mass of the Holy Spirit for its locally-based members using special prayers and readings for the Opening of a Synod.

Sadly, those same restrictions allow only the local bishops, vicars and two lay members of the Plenary Council to join me for this Mass: but they bring with them in their hearts all the other Sydney-based members of the Council.

The purpose of a Plenary Council, in Catholic teaching and law, is to gather the Catholics of a nation to determine common pastoral action for the increase of faith, renewal of morals, and observance of Church discipline (CIC 445). In this Year of St Joseph we ask that great Guardian of the Holy Family to guard the holy family of the Church in Australia, alongside Our Lady Help of Christians and before Christ our brother and God. That our ears and hearts might be open to the Holy Spirit, we first repent of any personal goals, ideology or self-protectiveness that make us resistant to His promptings, and especially of our sins…