Human trafficking is an open wound on the body of
contemporary society, a scourge upon the body of Christ.
It is a crime against humanity.
Pope Francis

40.3 million people are estimated to be trapped in some form of modern slavery in the world today.

15,000 victims estimated in the UK (according to the Global Slavery Index).

At the core of this crime is deception. Victims of modern slavery are often vulnerable, coming from areas where there is little possibility of work. They are offered a job, a chance to make money and to build a new life for themselves.

The job they are offered turns out to be a lie and instead they are forced to work in difficult and degrading conditions, with little or no pay. The threat of violence, to themselves or their families, hangs over them and traps them in their situation. 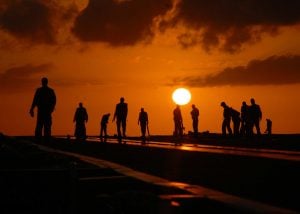 Slavery-like working conditions can be found in factories, fields and fishing boats, within private residences and a multitude of other places where greed and corruption have overridden human values and specifically, Catholic social teaching.

Today the risk that a product or service has forced labour somewhere in the supply chain is present in almost all industries, from electronics, high-tech, automotive and steel to agriculture, coffee, seafood, mining, garment and textiles.

Modern slavery is an immense and profitable business generating more than US$150 billion a year, according to the International Labour Organization. Constant cost cutting creates an environment where slavery-tainted goods are hidden in layers of sub-contracting and outsourced production.

Pope Francis has called for concerted effort on the part of all actors of society to address the root causes of human trafficking – to promote integral human development in building a renewed society based on freedom, justice and peace. 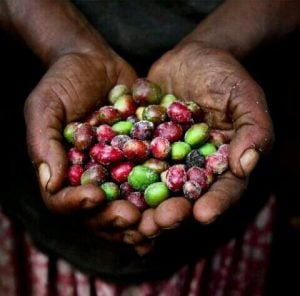 Pope Francis called for the “Veil of indifference” to be broken[1][2]. Namely for everyone to be made aware of the extent of the problem and the suffering it causes, whether they consume the commercial goods produced through slavery or make financial profits as a result of the practice.

Pope Francis reminds us that the work of ending modern day slavery will be long, requiring courage, patience and perseverance.

Heeding these words, Archbishop Fisher publicly committed the Archdiocese to a program directed towards the eradication of modern slavery in the supply chains and life of the Archdiocese.

In proposing action in the Archdiocese, Archbishop Fisher stated

“I take as my starting point that all decent Australians regard as abhorrent human trafficking, slavery and slavery-like practices such as forced labour or forced marriage, and domestic, sexual or other servitude. It is not enough for groups such as churches to lecture or exhort the rest of the community in such matters.

We must demonstrate our own willingness to act where we can.

The Vatican has already committed itself to slavery-proofing all its procurement practices and supply lines. It is no small task to ensure everything we use has been obtained ethically, that everything we obtain has itself been produced and supplied ethically and sustainably, and that those upon whom we rely or with whom we are affiliated are like-minded.

It is no small task but we must try. As Pope Francis has pointed out, buying goods is not just a commercial matter; it has moral dimensions.”

On 28 March 2017 the Archbishop of Sydney, Most Rev Anthony Fisher OP gave evidence before the Legislative Council select committee on human trafficking in NSW. 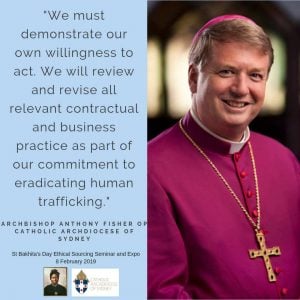 Archbishop Fisher publicly committed the Catholic Archdiocese of Sydney to the eradication of modern slavery and appointed an Anti-Slavery Taskforce to this end.

Statement on the response of the Catholic Archdiocese of Sydney to modern slavery, Cathedral House, Sydney, 8 February 2018.

“We must demonstrate our own willingness to act. We will review and revise all relevant contractual and business practice
as part of our commitment to eradicating human trafficking.”