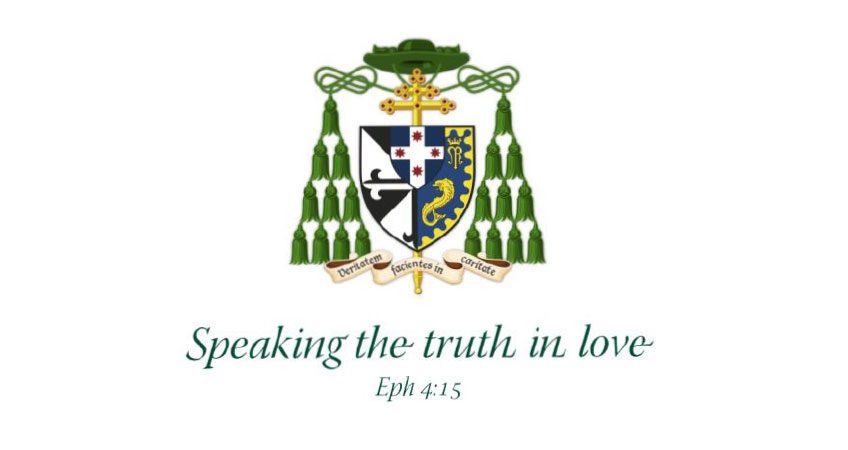 STATEMENT ON THE RESPONSE OF THE CATHOLIC ARCHDIOCESE OF SYDNEY TO MODERN SLAVERY
Cathedral House, Sydney, 8 February 2018

I would like to begin by acknowledging the efforts of the Archdiocesan Anti-Slavery Taskforce, especially John McCarthy QC and Katherine Moloney, who have worked tirelessly to complete the report you have received today. This report details a number of recommendations on how the Archdiocese of Sydney and its various agencies can help to eradicate this blight on our modern society. I would like to recognise also the collaboration of various agencies, including Sydney Catholic Schools, CatholicCare Sydney, the Australian Catholic University, Australian Catholic Religious Against Trafficking in Humans, St. Vincent’s Health Australia, and the Archdiocesan Chancery itself. Many other agencies and individuals have also contributed to the work of the Taskforce. This is a testament to the resolve of the Church in Sydney and beyond not to pay mere lip-service to this issue, but to engage in real action for real change.

I thank the Taskforce for its well-reasoned recommendations. In practical terms, I today announce the commitment of the Church in Sydney:

Finally, I encourage everyone in the Church and community to join with us on this issue. I repeat that the curse of modern slavery cries out to us as individuals and communities, and that we must choose whether we will pass by on the other side like the Priest and Levite, or stop and help like the Good Samaritan. It has often been said the only thing necessary for the triumph of evil is that good men do nothing; to this we might add: the only thing necessary for the triumph of good is that good people do what is right under grace. In twenty years, when as a global community we look back on the progress that has been made on this issue, will people ask ‘where was Australia?’, or will they say ‘Australia saw and acted’?