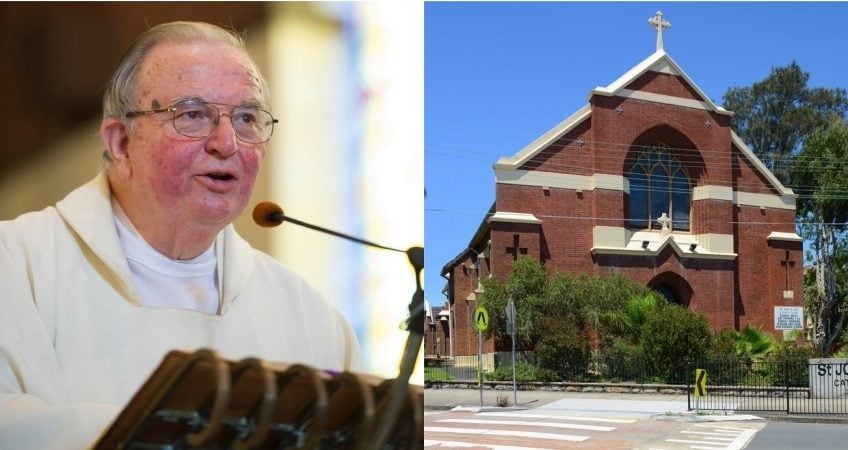 At a time when COVID19 has taken 50,000 lives – including 20 Australians – so far and isolated us in our homes like frightened apostles, we can be rather anxious, even morbid. Yet since the first Easter the fundamental tenet of Christianity has been that death is not the end. Writing to the Church in Corinth around 53 AD, Paul asserted that if there is no resurrection, Christianity is nonsense. But our Easter proclamation is this: Christ has been raised from the dead, as the first fruits; all the baptized will follow Him. In the face of death unbelievers may say “Eat, drink and be merry for tomorrow we die”. But believers, according to Paul, almost laugh at death, saying “O Death, where is your victory? Death, where is your sting?” (1Cor ch 15)

It was a powerful message, this promise of an afterlife. The Anglican divine and poet John Donne wrote in the same vein:

Death, be not proud, though some have called thee

Mighty and dreadful, for thou art not so;

For those whom thou think’st thou dost overthrow

Die not, poor Death, nor yet canst thou kill me.

Holy Week and Easter asks each of us: Do you really believe in life after death? Fr Ray believed this with the certainty of Paul and Donne. Each time I visited him in his last weeks, he exuded a quiet confidence. In offering this Mass for him, we give testimony to that same faith: that death is not the end but the start of something better life. As a parishioner put it on Facebook, we’ll see him again soon.

Which might seem to make our earthly bodies almost irrelevant. But Easter says otherwise. We revere the corpses of our dead both as relics of lives past and promises of life to come. The Christian afterlife is not the ghostly existence the ancients imagined it or the fondly memories of the moderns. It’s the promise of eternal life as a glorified body. As St Paul says today, “We know that when the tent in which we live on earth is rolled up, there is a heavenly dwelling awaiting us.” (2Cor 4:14-5:1) Paul’s word here is skenous σκήνους from which we get our word skin: as our mortal skin decays, an immortal body is being prepared for us.

In offering Mass for Fr Ray, we testify not just to an afterlife but to it being us who will live that afterlife, bodily but glorified like Christ at Easter. Only then can we live in Paradise, the heavenly Jerusalem, the kingdom (Mt 25:31-46). Only bodily could we enjoy the heavenly banquet, Supper of the Lamb, wine of the Kingdom. Only with eyes could we see God face to face – or anything at all. In offering this Mass for Fr Ray, we give testimony to our faith: that death is not the end but the door to something new, and that there we will be all we are now – and more not less.

3. Purgatory as the passage from bodily death to new life

From demise to immortality, bodily death to resurrected life. Easter faith speaks to a third matter also: the passage between this life and the next. Believing in the afterlife, Paul says, “there is no weakening on our part” in this life; our present sufferings prepare us for “the weight of eternal glory”. Catholics call this preparatory suffering Purgatory, the realignment or purification that readies us for heaven.

I claim no special insight into what realignment Fr Ray needed. But I have it on good authority that he played As One Voice CDs at a volume well in excess of what anyone but Ray himself required. There may be Purgatory to serve for that, as for being consistently late for Mass. But now he has his hearing back and will I’m sure be punctual for the heavenly choir, as they teach him more elevated music!

As we are not alone on earth or in heaven, so too on the course between them. We gather today not just to remember and dispose, but to pray for Ray. As always, we offer prayers and penances for our dead. We commemorate and intercede in Prayers of the Faithful, the canon of the Mass, All Souls. We pray at gravesides and on anniversaries. Our every Hail Mary asks the Mother of God to pray with us and for us as we die… What a grace to know that even death is no bar to our care for each other: though there may be physical separation for now, there’s no social distancing in the afterlife!

Fr Ray was grateful for all the care he received in his final months. But there’s still more we can do for him, including offering Mass. In so doing, we give testimony to our faith and his: that death opens a new chapter for us; that in that new chapter we are all that’s best about us in this life and more, not less; and that by our prayers we can ease each other’s passage between the two.

4. Christ’s merits and ours taken up into eternal life

Finally, Easter reassures us that by the merits of Christ’s Holy Week and our own meagre service of our fellows, our passage to heaven is assured. When Christ the Judge asks Fr Ray what he’s done for Him and the little ones, what will he say? (Mt 25:31-46)

Well, for one thing, he gave God his life as a priest. When he entered the Springwood seminary in 1967 he was already an old man of 21. He was finally ordained in 1996. Do the Math: seems he took even longer in formation than those slow-learners, the Jesuits! In fact Ray took extended leave to care for his aged parents and older sister. He pursued a successful career in the local courts: few would have realised on meeting this humble ‘Father’ that he was also ‘Your Honour’. On his parents’ passing he re-entered the seminary, was ordained, served as an assistant priest at Liverpool and the Cathedral, and finally as Parish Priest here in Auburn from 2002 until his death.

As a newly-minted auxiliary bishop I had care of the younger priests. As one of the newer priests, Fr Ray came to those gatherings, even if he was a decade and a half older than this bishop and several decades older that the others. Here I first encountered his dry wit, his delight in quizzes and meteorology, his realism about humanity informed by his court experience, and his compassion like that asked for in our Gospel. A man of simple tastes, he regarded cheese and tomato sandwiches as gourmet food, and his most luxurious ‘overseas’ holiday was in Manly.

In due course this old young priest served as regional Dean, Catholic Women’s League chaplain and spiritual adviser to the Archdiocesan St. Vincent de Paul Council. He was very involved in the local schools. But his passion was his parish, which he served as a gentle and wise pastor. I’ll always remember visiting him in the palliative care ward and witnessing him giving phone instructions to his trusty Secretary about keeping the parish going! That unwavering dedication was told in other ways, too, such as celebrating every Mass, every weekday and weekend.

And so Fr Ray ends his priestly life as John Donne ended his poem:

One short sleep past, we wake eternally

And death shall be no more; Death, thou shalt die.

Death shall die, but Fr Ray shall live. “Come, you whom my Father has blessed,” says Jesus to him today, “and take for your heritage the kingdom prepared for you since the foundation of the world.”

Because our current circumstances impede attendance at Mass and reception of Holy Communion, I invite you now to ask God that by spiritual communion you might receive the graces you would have received in sacramental communion. Offer this Holy Eucharist and your hunger for it, for the repose of Fr Ray, for your safety and that of your loved ones, and for all the world in this troubled time. Know that God is not limited by our separation. Behold Him, the Lamb of God…

The COVID19 pandemic has robbed us of much. While it was cancer rather than the virus that took Fr Ray Farrell from us, public health restrictions mean his many friends, brother priests and beloved parishioners are precluded from being present at his Funeral Mass. Fortunately, they can join by live-streaming and so I welcome you all to this Mass. Let me assure you that once public Masses can be celebrated again in Sydney, you will all be invited to a Requiem for Fr Ray.

I acknowledge with me today Frs Maurice Thomson, Fr Richard Gates and Lewi Barakat; other bishops and priests would be here were that permitted. I welcome in a special way Fr Ray’s beloved sister Nancye, his parishioners and friends Jackie Daniel, Judy Melville and Therese Doumit, with Sr Susanna for our music. Let us now commend Ray to Almighty God, confident that He will reward this faithful disciple of Jesus Christ for 73 years and faithful priest for 24.