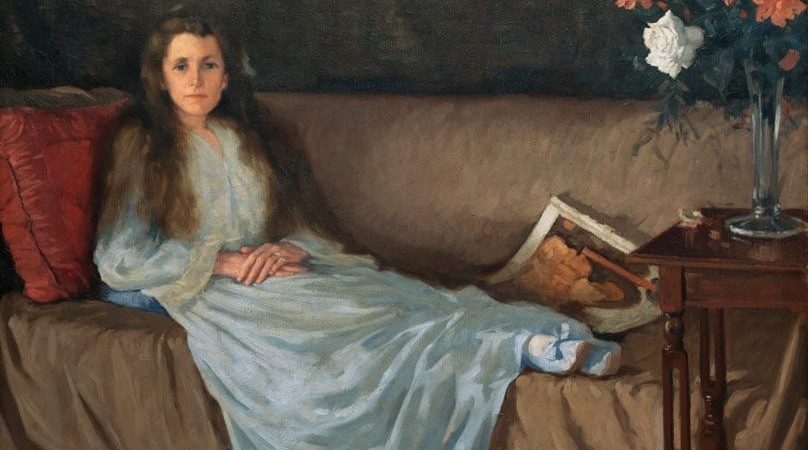 In the lead up to Mary MacKillop’s canonisation journalists and faithful asked: what is a saint, who decides and how? Is MacKillop someone we all can be proud of, or only Catholics or Josephites? What does her story say to us? Such questions resound today as we pray that the ‘Little Mother’, Eileen O’Connor, might be raised to the altars as Australia’s second saint.

Many think saints are who are especially nice people, patient and charitable; in fact some were not. Others think the title is like a knighthood granted the noteworthy or to further some agenda; but many saints were the most unlikely candidates, with rather strange personalities, and very hard to press to service for some ideology. So, saints are something else…

Saints are people who are transparent with God’s grace: people who help us to see and be like God by giving us examples of the triumph of His grace in their lives; people who, at least by the end of their lives, are ready for eternity with Him. This means that only God makes saints, not the Church. He makes many of them, in every generation, far more than are ever recognised. The Church is graced to identify a few, not because the others don’t matter, but because we want to be very careful about saying who is in heaven – having not been there ourselves to check!

So only God gives saints to the Church, then, as with the rest of Catholic truth, the Church’s task is simply to recognise and treasure His work, holding it up for all to see. Instead of sitting in committee to pick worthy candidates, the Church kneels before her Master, humbly accepting those He lovingly gives her.

So if most saints are never ‘canonised’ – included in the canon of the Mass – why does the Pope apply his Petrine keys with respect to a few? As with everything else God reveals, it’s not for His entertainment but for our salvation. Like the patriarchs and prophets of old, the saints of the new covenant lead and accompany us on the path of redemption. They embody that ageless wisdom described so poetically in our first reading (Prov 8:22-31). They open us to supernatural realities and new horizons of human behaviour. They make living God’s plan seem that bit more doable and encourage us to heroic virtue. They testify to Catholic truths worth living and dying for. Having lived their lives in accordance with God’s will, they now serve for our edification and imitation.

But the saints are more than waxwork dummies in a museum of ecclesiastical superheroes. Their most important work comes after their deaths. For by God’s grace they are still hard at it, interceding for us, for our protection and welfare. As God’s best friends their prayers are powerful indeed. So much does God love them that He willingly grants graces they request for our benefit. As Eileen’s said at the last: “All is over; I can do no more for you [here. But] I will always be with you [and] I will bless you.”

Edification and imitation, then, but intercession and protection also. These are the great works of the saints.

How do we know who’s who? Well, Christians know holiness when they see it and are attracted to it. This is an example of that sensus fidelium described by the Second Vatican Council: “the supernatural appreciation of the faith on the part of the whole People of God when, from the bishops to the last of the faithful, they manifest a universal consent in matters of faith and morals” (LG 12; CCC 92). So the Church recognizes fama sanctitatis or ‘reputation for holiness’ as a first sign that we may have a saint on our hands. And for a century now the Catholic faithful have kept alive the memory of the Little Mother, cherishing the woman, her character and wisdom, her foundation and apostolates.

The People of God are quite practical. Having spotted a possible saint, they ask their help interceding before God. If they get what seems to be an answer, the news spreads. Graces received are evidence of a powerful intercessor in heaven and of God confirming the instincts of the faithful. And for a century now believers have received many answers to prayers to and through Eileen. Popular devotion to her even in her life-time has not diminished since her death, even in a culture increasingly deaf to the supernatural and disrespectful to the handicapped. And the Church counts fama signorum or ‘reputation for signs and wonders’ from God as a second indication of sanctity.

Of course, as in other matters of faith and morals, confirmation is required by those who guard our faith and guide our Church, the Pope and Bishops, our pastors. And so here we are today for the Opening Session of what is only the second cause for canonization in Australia’s history. Today we begin the work of gathering and examining all that’s known of this Servant of God, so her holiness may be assessed and, please God, she might be numbered among the great heroes of our Faith.

That will require of us ‘the patience of saints’. Though we cannot yet celebrate Eileen as a saint in the heart of the Mass, we hope that day will come, please God in our lifetime. For now we search her life and pray God indicate His favour. We hope to find virtue lived in an heroic degree and have that confirmed by miracles. She certainly seems to have done ordinary things in an extraordinary way and extraordinary things ordinarily, like so many saints. Frail, crippled and in pain, she reached out to others and was tireless in their service. She gave her all to God, her sisters, the sick poor. Amidst all her troubles, she was united to Christ and Mary, drawing strength and inspiration from them. As Pope Francis said last All Saints’ Day: “The Saints… are not simply symbols, distant and unreachable… They are people who lived with their feet on the ground, who experienced the daily toil of existence with its successes and failures, who found in the Lord the strength to rise again and continue on their journey. From this we can understand that holiness is a goal that cannot be achieved by one’s own strength, but only as the fruit of God’s grace and our free response… Holiness is a gift and a calling.”

So far, Australia has only one recognised saint. So, can Australia produce saints? Has our dry continent suffered a holiness drought also? Or might it be that we have been slow to recognize the saints and signs God has already given us? “Why should I be honoured by a visit from the mother of my Lord?” Elizabeth asks today (Lk 1:39-47). “Why should we be honoured by a visit from the Little Mother?” we echo. “Because you need the saints,” God answers, “you need the example and intercession of the ones who say ‘I am the handmaid of the Lord, let what has been said be done, let God’s kingdom come and His will be done – in me, and in you.’” Pray for us, Eileen, as we pray that God give us signs of His favour.

My thanks to my brother bishops and priests, to the Brown Nurses, Fr Robbie, and to all those who have assisted in offering this Mass. Immediately after Mass we will return to the foot of the sanctuary to conduct the Opening Session of the Cause. I invite you to remain behind for a few minutes if you can, to witness those acts.

Welcome to St Mary’s Cathedral for this Votive Mass of Our Lady at which we formally launch the cause for the canonisation of Eileen O’Connor – faithful lay-woman, mystic and foundress, renowned for works of mercy, whom we hope one day to call Australia’s second saint!

Celebrating their foundress with particular joy here this evening are several members of Our Lady’s Nurses for the Poor: Srs Gabriel Bast, Margaret Mary Birgan, Pauline Fogarty, Greta Gabb, Kerry Macdermott, Patricia Malone and Anne O’Shaughnessy. I also recognise Sr Margaret Beirne RSC, the Congregational Vicar of the Sisters of Charity, who are providing for their governance, and many staff and friends;

Other clergy include: the Vicar-General, Episcopal Vicars, Consultors, Deans and Seminary Rectors of the Archdiocese; several clergy of Sydney and beyond; the Promoter of the Cause, Rev. Fr Anthony Robbie, and those assisting with the case;

Also from the Archdiocese: the Executive Director Administration and Finance, Mr Michael Digges; the Chancellor, Mr Chris Meney; the members of the Finance Council; and the directors, board members and staff of the various Church agencies;

From religious life: the Vicar for Consecrated Life, Sr Elizabeth Delaney SGS; and representatives of many religious congregations;

From education: the principal and staff of Eileen O’Connor Catholic College, our most special school; the Executive Directors of Sydney Catholic Schools and the National Catholic Education Commission; and executives and faculty of the Australian Catholic University, the Catholic Institute of Sydney, and the University of Notre Dame Australia;

From the faithful of Sydney and beyond: many of Eileen’s particular friends, the poor and the sick, who give thanks for her life; and many of her devotees who pray she will be recognized as one of the saints: a very warm welcome to you all!

Born this week in 1892, a childhood injury left Eileen O’Connor with severe curvature of the spine and transverse myelitis. So she was, at best, only 3’9” tall (115cm), in constant pain, and often unable to stand or walk. An unwavering devotee of the Blessed Virgin, she experienced a visitation from her and agreed to offer up her suffering for Our Lady’s work. She and Fr Edward McGrath MSC founded Our Lady’s Nurses for the Poor to serve the sick poor, which they and their associates continue to this day. Known affectionately as ‘the Little Mother’, her beautiful spirit inspired many to seek her prayers and counsel. She died aged 28. When her body was exhumed and transferred to the convent in Coogee 16 years later, it was found to be incorrupt. To this day, many pilgrims visit her tomb. She’s revered as a holy woman throughout Australia, the Pacific and even the U.S.

In 1962 my predecessor Cardinal Gilroy approved a prayer for Eileen’s beatification. In 1990 Cardinal Clancy gave permission for a preliminary investigation of her merits. Two years ago I sought the opinion of the Bishops of the Province, who voted unanimously in favour of initiating the cause. The Holy See, in confirmation of the work done so far, gave Eileen the title ‘Servant of God’. The time is now ripe for a more thorough examination of her cause, to pray that there may be many miracles to credit to that cause, and to hope that the Church may eventually raise her to the altars. Thank you all for joining in that prayer this evening.