HOMILY FOR THE SOLEMN PONTIFICAL MASS FOR 2ND SUNDAY OF ADVENT, YEAR B 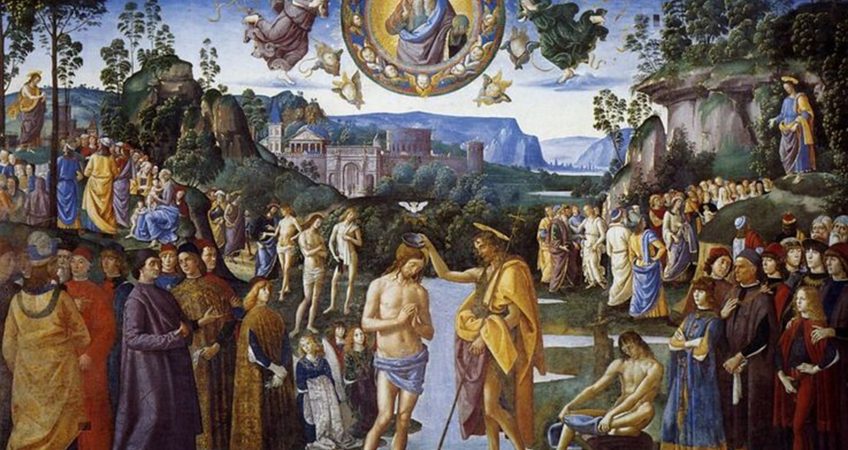 Archdiocese of Sydney · HOMILY FOR THE MASS FOR 34th SUNDAY OF ORDINARY TIME, YEAR A

In the 1992 Christmas movie, Home Alone 2, the McCallister family go on holidays to Florida, yet again leaving their youngest son, Kevin (played by Macaulay Culkin), alone. Kevin is unperturbed. Armed with his father’s credit card he checks into the Crowne Plaza Hotel, raids various toy shops, and explores New York City – all the while evading the same criminals he’d outwitted in the first movie. This time Kevin meets a woman who feeds the pigeons in Central Park. She tells him how her life fell apart when the man she loved left her. When Kevin encourages her to trust people more, she says people forgot her before and will just forget her again. “Maybe they didn’t forget you,” Kevin wisely suggests, “maybe they just forgot to remember you.”

Our relationship with Christ can be like that. After celebrating it more than two thousand times and with all the commercial razzamatazz, no-one could ignore Christmas. Yet when John calls all Israel to repentance today, he is speaking also to us (Mk 1:1-8). The word here is μετανοία, meaning to think back, and so we use ‘re’ words like re-gret, re-morse, re-pent, re-turn. Israel is called back to her God and His Law, the Church called back to Christ and His Gospel. We look over our shoulders, so to speak, attending now to something from before, bringing to remem-brance what we already know: that Christ came to save us.

But there’s more to μετανοία than nostalgia or remembrance: as well as ‘to think back’ it can also mean ‘to think after’, i.e. to have a change of mind and heart, of consciousness and conduct. John’s call is a call to contrition, not just repudiating past wrongs but resolving to change. So John points Israel back to the Law and Prophets but forward also, preparing the way for someone coming after me, whose sandals I’m unfit to undo, who fulfils the Law and Prophets, who is more powerful and whose Baptism more wonderful. That Someone should make all the difference to who we are and how we conduct ourselves…

“Wake up then, pay attention, repent, remember” the Church reverberates this morning. We live in an age that has pushed God to the margins. We might think of the growing number of “nones” – N O N E S – who tick “no religion” on the census, many of them young adults. Some are doubtless ‘spiritual’ people who still pray sometimes and have high ideals, but don’t identify with any particular Church or creed. But their connection to the sacred is tenuous.

Whole societies can likewise be forgetful of God and God’s law. During the present pandemic, for instance, the authorities have treated religion as non-essential and worship as recreation. Nowadays believers are regularly pressured to keep silent on social issues, people can be sacked for expressing religious opinions outside the workplace, even our sacraments interfered with and, despite lots of promises, government has failed to protect religious liberty. A radical secularism would banish people of faith from the public square and all Christian influence from law and custom. Hence the unseemly rush to legalise the killing of the sick and elderly around the country, as if we were the authors and masters of life. God is being forgotten.

Fair enough, then, for the prophets to address those who forget God and His law. But what does that say to us who, though far from perfect, are probably not the worst in town? What does it mean to call us to spiritual vigilance, when we are the ones who openly identify as Catholic, go to Mass and worship God in a world inclined to forget Him? Well, think of John’s original audience. This morning Mark opens his Gospel – that we will be reading throughout the coming year – with the claim that all the country-folk of Judæa and all the city-folk of Jerusalem made their way to John at Jordan. This must have been an exaggeration, but after centuries without a prophetic voice, John was certainly making quite a splash!

Some candidates may have been serious sinners. But many would have been pious, law-abiding Jews. They confessed their sins and were dunked in the river as a prayer to be washed clean. They weren’t the worst people in the world and they certainly hadn’t forgotten God. But maybe they had, in Kevin McCallister’s words, “forgotten to remember” Him.

We can be so familiar with something we simply take it for granted. We can come to church, line up for Communion, and leave, without ever composing ourselves, reflecting, preparing a way for the Lord. Maybe we no longer genuflect towards the Blessed Sacrament when we come into church or bow during the Creed at the mention of the Incarnation. Maybe we’ve given up grace at meals, fasting before Mass, going to Confession or making thanksgiving after Communion. It’s not that we have stopped believing in God’s infinite graciousness, or the wonder of the Incarnation, or the gifts of the Real Presence and the Sacrament of Mercy. Rather, we’ve “forgotten to remember them”, to attend to them, to bring them regularly to mind. And that’s what Advent’s turn-around call is all about…

Sometimes memories come spontaneously. At other times we deliberately call them to mind, we actively remember. Someone ‘remembered’ in a will is not only named but given something, even from the grave. When we remember someone in prayer, we’re not just flicking through old photo albums: we are interceding and hopefully helping them. When we ask to be remembered to someone, we are not just recalling an old relationship: it is renewing that relationship. When we recall our sins, it’s not just stocktaking: it’s so we can stop, change course, change ourselves…

So Advent’s call is to ‘remember not to forget’ God in the ‘thinks we think’ (to quote Dr Seuss), in our thoughts, words and deeds. It’s a call, also, to remember others – “all Judæa and Jerusalem” – all affected by what we do or fail to do. Above all, it’s about remembering not to forget ourselves, humbly attending to the person we’ve become, the character we are cultivating.

Our word ‘Advent’ comes from the Latin for ‘coming’ or ‘arrival’. Seventh Day Adventists famously await the Lord’s return any moment now. We, too, sing hymns of longing for the Lord’s coming, like Come, O come, Emmanuel. Yet the word ‘adventus’ is past tense: it’s as if we are going ‘back to the future’ or looking forward to the past. The One we are awaiting has already arrived – and yet is still coming…

The ambiguity at the heart of this season is no accident. Advent calls all Israel back to a God who is, was, and will be. The life He shares with us that we tag ‘grace’ is something long promised and long ago received, something presently experienced yet still sought, something that sustains us in the present and eggs us on to more and better. Advent, you might say, is about ‘holy memory’ but also about ‘holy aspiration’.

It takes a whole season to get right our relationships to past, present and future, to our God, our fellows and ourselves, to attend to our holy recollections and holy ambitions. It takes a whole lifetime. In Advent we remember to remember. We pray “as it was in the beginning is now and ever shall be, world without end, Amen”. When we offer the Eucharist, we cherish a memory two thousand years old, yet the One remembered becomes really present to us today, and gives us hope for the age to come. We attend to “Christ yesterday and today, the beginning and the end, Alpha and Omega, all time belongs to Him, and all ages; to Him be glory and power, through every age and for ever. Amen.”[i]

Before Genuflecting Because current circumstances continue to impede attendance at Mass and reception of Holy Communion, I invite those who are joining us by live-streaming to ask God that by spiritual communion you might receive the graces of sacramental communion. Offer this Mass and your hunger for the Eucharist for the safety of your loved ones, of yourselves and

[i] Prayer of Consecration of the Easter Candle as the incense nails are inserted, Easter Vigil.

Welcome to St Mary’s Basilica in Sydney, whether physically or virtually, for the Solemn Mass of the 2nd Sunday of Advent – that time when we look back to the coming of the Lord at the first Christmas, look forward to His return at that ‘Second Christmas’ that is the Last Day, and in the meantime prepare for His coming to us in our present lives.

I am pleased to announce that from tomorrow we will be able to gather in greater numbers for both indoor and outdoor Masses. A 2m2 rule without caps means we can now have over 1,000 in a church as big as this one and as many as 5,000 outside for worship. And we are allowed to sing again! That’s real progress. We pray COVID rates remain very low so that all are safe and we can enjoy such freedoms going forward. We can now come back to Mass every Sunday, attend at Christmas and bring family and friends who might be less regular attenders, and also celebrate The Lights of Christmas here at St Mary’s.

In our Gospel this morning John the Baptist calls all Israel to repentance. Before our altar and our Advent wreath we repent of our sins…