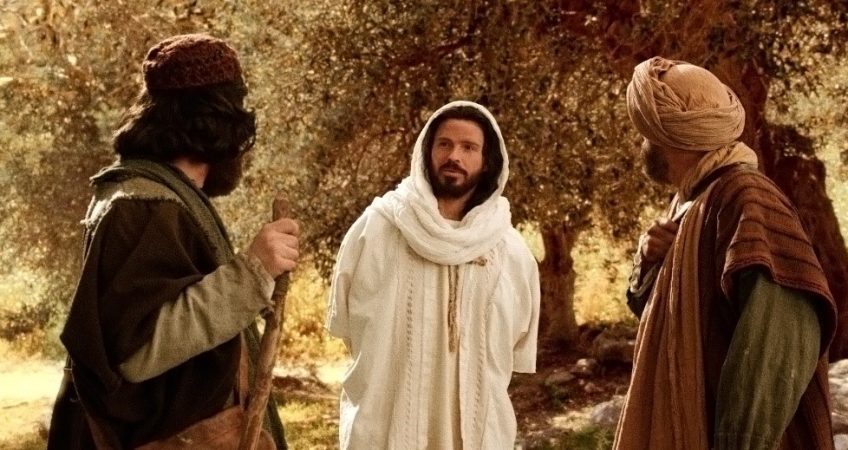 The American comic strip “Fritzi Ritz” began in 1922 and starred ditzy Fritzi, an airheaded flapper. In 1933 the cartoonist introduced Fritzi’s precocious eight-year-old niece Nancy and in 1938 Nancy’s ragamuffin friend Sluggo. As the comic grew in popularity, it was renamed “Nancy and Sluggo” and made it all the way to Australia, where young Pat McAuliffe, a seminarian at St Columba’s Springwood and St Patrick’s Manly with a similar egg head and hat to the cartoon character, was quickly nicknamed ‘Sluggo’ by his fellow seminarians.

The 1956 cover of “Nancy and Sluggo” (No. #137) featured children standing before the bald eagle cage at the zoo but actually staring at Sluggo’s bald head and asking “I wonder why it hasn’t any feathers”. That very year, Sluggo’s Aussie namesake was ordained priest at St Mary’s Cathedral by Cardinal Gilroy. He then served as an Assistant Priest at Surry Hills, Eastwood, Pagewood, Lane Cove and Kingsgrove, before being given a life sentence as Parish Priest of Cabramatta in 1974.

When I visited Fr Pat in hospital before he died, I was shown a picture of his ordination class and asked if I could identify him. I quickly pointed him out: the reason I knew was that he was curate in my parish of St Michael’s Lane Cove in 1967, when I made my first Holy Communion, and he stayed there until 1972, with me regularly serving his Masses as an altar boy at the time. He was, in fact, in charge of the altar servers and while we found the Irish brogue of our Parish Priest Monsignor Hughy Maguire difficult, Fr McAuliffe’s down-to-earth and humorous Aussie ways were more accessible. Who knows what effect this had on my vocation as a Christian and priest? “The life and death of each of us has its influence on others,” as Paul observed in our epistle today (Rom 14:7-12).

For four decades and more, Fr Mac, as he was known in Cabramatta, served here as Parish Priest. Meanwhile the cartoon strip “Nancy and Sluggo” changed hands many times, continuing until 2018; by then Nancy and Sluggo were thoroughly modern kids with iPhones and the rest but the Aussie Sluggo was better known and loved than the comic character after whom he’d been nicknamed. He’d earned a reputation as a humble man, of great faith and generous service, an inspiration and guide to many, in the words of one school principal ‘the best priest I’ve ever known’. He was enormously loyal to his parishioners and their affection for him was palpable.

Fr Mac was gifted at connecting with youth and very involved in the catechesis and pastoral care at the local Catholic and state schools. He also loved his sport: it is legendary that a bunny would proudly face out from his window if Souths won, but turn its back on the world if they lost. These passions for the welfare of young people and for sport came together in years of service to the local Police Citizens Youth Club, where he refereed and presided over the basketball for decades, while supporting the youth who used the facility.

Pat loved to jest with his parishioners and was a man of great personal friendship and encouragement to others. His personal devotion to the Sacred Heart told of his own big heart expanded by divine grace and of his particular love for this Sacred Heart parish. On behalf of this country he welcomed the Vietnamese ‘boat people’ and waves of migrants that followed to Cabramatta. He worked with the police and local council in addressing social problems and, however diverse and challenging this area became, he’d approach every contest with “not a worry in the world”. Even in great old age you could not wrench him away from Cabramatta: he was still regularly supplying here until almost the end.

Fr Mac died on Anzac Eve. Several people have recalled to me his yearly dedication to the ANZAC Day service across the park, at which he would pray and give a reflection – and then walk back here to offer 7am Mass! Only the coronavirus and his death the day before could keep him away from it this year.

This weekend we mark two hundred years since the arrival of the first priests in Australia. Their advent made quite a difference! With the religious beside them and the lay faithful they led, these priests built much of this nation’s social and spiritual infrastructure, as well as providing for the sacramental life, preaching of the Catholic faith, and pastoral leadership of the flock. Starting with Fr John Joseph Therry there have been many characters amongst them; Fr Pat was one. Many stories will long be told of him. And there was a long period for the stories to accumulate: so long was he committed to this flock that there are likely some in Cabramatta whose parents he anointed and buried, whom he baptised, absolved, communicated and married, whose children in due course he baptised, absolved, communicated and also married, and whose grandchildren he baptised and communicated also!

So if anyone deserves a rest, eternal rest, I think it’s Fr Mac. “Happy are those who die in the Lord!” says the Book of Revelation. “Happy indeed, the Spirit says: now they can rest for ever after their work, since their good deeds go with them.” (Rev 14:13) When called to give an account of himself, as St Paul says today we must (Rom 14:7-12), this humble man will be reluctant to identify any achievements or virtues: but his good deeds will speak for themselves.

In our Gospel today the hearts of the disciples burn within them as they hear the Lord expound the Scriptures and then their eyes burn as they recognise Him in the Breaking of the Bread (Lk 24:13-36). For 89 years Pat received the Risen Lord in His word and sacraments. Perhaps at times he struggled to understand and recognise, as those first disciples did, but his was a simple, humble and firm faith. And so for 64 years Fr Mac dispensed the same Risen Lord by expounding that same word and offering those same sacraments to others, some of whom were doubtless struggling too. The Emmaus story was his story too.

At the end of our Gospel today we’re told the disciples returned to Jerusalem, full of joy. After his own Emmaus journey Pat now returns to the heavenly Jerusalem with similar excitement. And so, as we offer Mass today for the repose of his soul, we do so confident that he is not gone, but only gone ahead. Vale Sluggo, Fr Mac, Dear Pat: until we meet again.

Because our current circumstances impede attendance at Mass and reception of Holy Communion, I invite you now to ask God that by spiritual communion you might receive the graces you would have received in sacramental communion. Offer this Holy Eucharist and your hunger for it, for the repose of Fr Pat, for your safety and that of your loved ones, and for all the world in this troubled time. Know that God is not limited by our separation.

Behold Him, the Lamb of God…

The COVID19 pandemic has robbed us of much. While it was not the virus that took Fr Patrick McAuliffe from us, public health restrictions mean his brother priests and many friends are precluded from being present at this Funeral Mass. So, too, the beloved parishioners whom he shepherded in this parish for an astonishing 42 years. Fortunately, many can join us through live-streaming and so I welcome you all to this Mass. Let me assure you, too, that once public Masses can be celebrated again in Sydney, you will all be invited to a Requiem for Fr Pat.

I acknowledge with me today the Parish Priest Fr Remy and my brother priests. Many other bishops and priests would be here were that permitted. I welcome in a special way Fr Mac’s beloved sisters, Maureen and Kathleen, and his nieces and nephews present today (Anne and Nick Scarella, Helen and Michael Balcombe, Jenny, John, Kevin and Colin Nielsen, Kathleen, Michael, and David Latham, and Maree Lee) or unable to be  (Terry and John-Jason), as well as his grand-nieces and nephews and great-grand-nieces and nephews. Let us now commend Pat to Almighty God, confident that He will reward his 89 years of faithful discipleship and 64 years of faithful priesthood of Jesus Christ.