HOMILY FOR MASS AT ORDER OF MALTA AUSTRALIA CONFERENCE 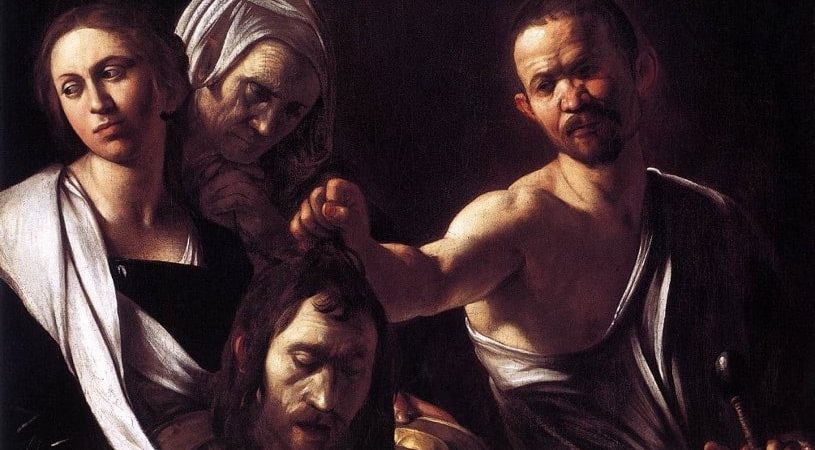 Though today is the feast of St Justin Martyr and this evening the Vigil of the Solemnity of the Ascension, our Order seems to stand outside ordinary time and space. We are celebrating (three weeks early) the Patronal Feast of our Order, the Nativity of St John the Baptist. Our foundation myth extends back to an ancient hospital for pilgrims on the site of the monastery of St John the Baptist in Jerusalem. Thus our Investiture Mass draws us in communion with all those who went before us in our Order, all the way back to the first hospitaller knights and the Baptist whom they honoured, through to those engaged in our works of Christian defence and service to this very day. As we heard the account of that birth in our Gospel today (Lk 1:57-66,80), we join the neighbours of Elizabeth and Zechariah in wondering “What will this child – and his Order and each of its members – turn out to be?”

In the Middle Ages one of the most popular devotional items – found in all the best Christian homes – was a carved head of John the Baptist on a platter. So, if you’re wondering what to get the Knight or Dame of Malta who has everything, try a platter with a head on it! The devotion derived of course from the Gospel story of Herod Antipas, son of Herod the Great, Tetrarch of Perea and Galilee, who divorced his wife Phasælis and incestuously took his niece and half-brother’s wife Herodias as his own. John – that extraordinary priest’s son turned hippy-hermit turned prophet-baptizer, who had identified Jesus as the Coming One, the Lamb of God who takes away the sins of the world – this same John called all Israel to repentance (cf. Acts 13:22-26). Now he called the king also, daring to say aloud what everyone was thinking about the royal marriage.

Speaking truth to power is a risky business: instead of enticing kings to conversion and baptism, it can excite them to violence. Instead of being rewarded, the prophet may be silenced. It earned for John a long imprisonment. But just as his thought and teaching drew big crowds to the River Jordan, so now he fascinated Herod, even as he challenged him. But Herodias was furious, especially about his insistence on Judeo-Christian teaching about the sanctity of marriage. If preaching the Christian God doesn’t get you killed, teaching His commandments very well might. We think of St John Fisher and St Thomas More beheaded like John for their insistence on the sanctity of marriage. Or of the many virgin martyrs down he ages and the Ugandan martyrs in relatively recent times, who died rather than compromise their purity, even under pressure from the cruel and powerful. Indeed, many churchmen down the centuries to our own day have languished innocent in prison. Others have kept their mitred heads down when the powers came with sword in hand, shutting up about God and His law. John, for one, would not be silenced.

The seductive dance of Salome on the king’s birthday, his drunken, lust-crazed offer to give her anything she asked, the hateful heart of the queen, the appalling request of the daughter, the cowardly act of ordering the execution of an innocent: all are the stuff of ancient legend. Yet history it was also: three Gospels and the ancient historian Josephus corroborate the story. According to Oriental tradition, John then went to preach to the souls in Limbo awaiting redemption by Christ: his mind and tongue would not be stopped, it seems, even by death!

According to another ancient tradition, John’s body was buried at Sebaste, but Herodias had the head buried in a dung heap. It was then secretly recovered by his followers and hidden away, only to be rediscovered several times over the centuries, giving rise to various claims and counter-claims as to who holds the principal relic. Rather troublingly for those who like these things neat and tidy, there are several heads of John the Baptist available for veneration, in churches in Rome, Amiens and Antioch, in a museum in Munich and a mosque in Damascus…

Wherever the Baptist’s head ended up, his birth and life subvert our ordinary expectations. His cousin Jesus, the new King David, was born not in a palace but a stable, enthroned not in a cathedra but in a feed-trough, attended not by courtiers but by shepherds. John’s birth was equally subversive of ordinary expectations for a prophet’s birth: his mother was well beyond the respectable age for child-bearing; his father engaged in extended no-speaks; and his name was one unknown in the family. Though of the priestly stock, he renounced his clerical duties, became a desert preacher, and dressed and ate in a way that would disqualify him from membership in his Order today! And so, we might say, a new chivalry was born: for in this new kingdom all are called into the aristocracy, not just a select few born that way; for this is an aristocracy of spirit, of God’s gentlemen and gentlewomen.

And so the Sovereign Military Hospitaller Order of St John of Jerusalem, Rhodes and Malta has its knights and dames, some rather grand like Zechariah and Elizabeth, others of more humble pedigree like Mary, the lowly raised by grace to share the throne of the mighty and in due course, we hope, of the Almighty. We aspire not to worldly honours so much as aristocracy of spirit: to refinement and culture, to righteousness and virtue, to reverence for God and zeal in promoting the faith, to magnanimity and magnificence, humility and courtesy, above all to heroism, self-sacrifice and service beyond the call of duty. Our lords are the Infant of the stable and His royal brothers the poor and sick; Our Lady is the poor Miriam of Nazareth and Philerme; our vesture the cross of the outlaw. Our patron John’s first act, modelling for his Order the defence of the Faith, was pointing to Jesus by Jordan or telling Herod off: it was tumbling in the womb for joy at the coming of the embryonic Saviour. Meanwhile, his aunt Our Lady, came to assist her pregnant kinswoman, modelling our other work as hospitallers. Eventually his father Zechariah recovered his voice and sang the Benedictus call to a new Christian chivalry, to being heralds of the King of kings, peacemakers for a troubled world, balm for old wounds, food for hungry bodies and souls, enlightenment for the bleak or confused. Especially to each of you reborn into our fraternity this day, Zechariah sings his birthday song: “As for you little child, you shall be called a prophet of the Most High. You shall go ahead of the Lord to prepare his ways before him, to make known to his people their salvation through forgiveness of all their sins, to show them the tender compassion of our God, to give them light in their darkness, and to guide their feet into the way of peace!”

Introduction to the Mass of Investiture at the Biennial Conference of the Australian Association of the Sovereign Military Hospitaller Order of St John of Jerusalem, Rhodes and Malta

Welcome to St Benedict’s Church for our Investiture Mass. This is an occasion of great celebration as we welcome new members to carry on the defence of the Church and service of life begun in our first hospitals nearly a thousand years ago. In particular I welcome Confrere Justin Harkiewicz, Knight of Magistral Grace from the Hong Kong Association, who will make his Promise of Obedience, and the several others who will be invested as members. They will join a family of some 13,500 knights, dames and auxiliary members, who collaborate with some 42,000 health professionals and 80,000 volunteers in more than 120 countries to assist the sick and dying, children, the homeless, the handicapped, the elderly, and refugees, and with a history now 920 years long. Though there seems to be some doubt about where exactly you can bring and leave your horses and swords, your service to our lords the poor and sick is welcomed everywhere, as is your work in defence of our holy faith, and your prayer for Mother Church.

Alongside our new members-to-be, I welcome and acknowledge TBC (again). To everyone present, a very warm welcome!