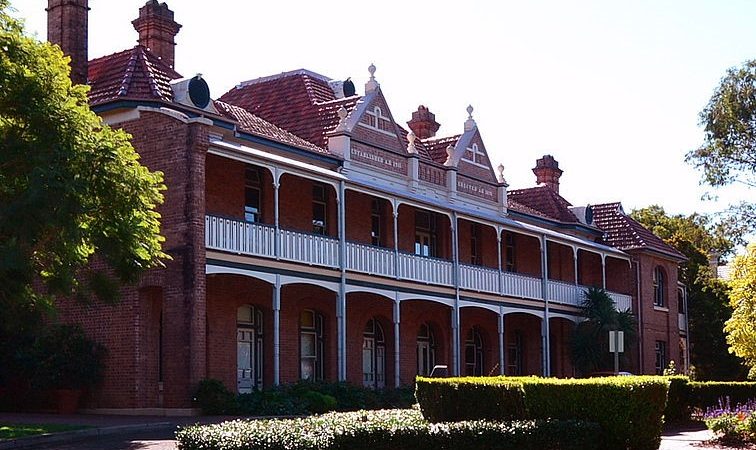 
Stories of devils and temptations never went out of fashion. Take the 1997 movie, Devil’s Advocate, nominated and awarded for best villain and best horror film. Kevin Lomax (played by Keanu Reeves) is an ambitious young lawyer in Florida who is invited to join a major New York firm. The principal of the firm, John Milton (played by Al Pacino), turns out to be Satan – which led one critic to call the movie an extended lawyer joke. Recognizing Kevin’s weaknesses, Satan tempts him to vanity, greed, lust and more. He’s gradually estranged from his wife, who sees how success is corrupting him, and from his mother, a serious Christian who smells a spiritual rat. As he’s drawn into this spider’s web, he finds himself defending a wealthy murderer. But at the film’s climax Kevin rejects Satan, is returned to where the story began, and given a second chance to do things differently.

Back to more innocent Florida, Kevin now ditches a client he knows to be guilty, even at the risk of disbarment. This wins him the admiration of an idealistic journalist. The film ends – spoiler alert – with Kevin agreeing to let the reporter write a front-page story about his noble choice. Only then do we realize that the journo is just another incarnation of the Devil, the news story another temptation to vanity. This second and unexpected ending to the film highlights some important aspects of temptation – but more on that later.

The story of Jesus’ Temptations in the Desert (Lk4:1-13) has been interpreted in many ways down the centuries. In his best-selling 12 Rules of Life Canadian psychologist Jordan Peterson reads it as about the need to recognize the most malevolent elements of human nature, to be personally accountable, and to delay gratification.[i] So the story is about responsibility and self-denial.

Two hundred years ago the French priest St. John Vianney told his congregation in Ars that however insatiable one’s appetites, however hyper-ambitious one might be, however much a control freak, we have “a loveable Redeemer” who was sorely tempted by the Devil; therefore, no matter how grave our temptations we should know that God’s grace is there to assure our victory.[ii] For him the story was about grace and consolation.

Both are insightful ways to read our text. But the risk is we’ll think: those aren’t my temptations. Frankly, I don’t have the energy. Or the imagination. Or the ambition. I’m not interested in turning the whole material order into fodder for my appetites. Or in ruling the world. Or skydiving from the top of St Mary’s hoping to be caught by angels. I’m not consumed by “the most malevolent elements of human nature” as Peterson describes our demons. I don’t see myself in the middle of a cosmic tug-o-war as the Curé of Ars did. My moral contests are rather more mundane.

Watching our movie, however, we stand behind Kevin as he gives into one temptation to vanity after another, and only gradually realizes where it’s leading. We cheer when he finally breaks free. But the film tricks us. For when Kevin leaves behind the flash temptations of Sin City, returning to innocent Florida, his vanity finds new expression in feeling more ethical than other lawyers and enjoying the regard that brings from others. If the Devil can’t get us with big temptations, he’ll gets us with the little ones. What makes the film so powerful is we don’t see the final shot coming.

Pope Francis is very aware of the risk that in modernity we won’t see it coming, because we don’t take the Devil or temptation seriously. He certainly does: he talks about both on a regular basis. He thinks it essential that we have the means to discern and character to follow where God is leading rather than the other guy or our own selfishness. He follows St Thomas Aquinas (via St Ignatius) who said the temptations in the desert are archetypes (to use a very Peterson word) for all the enticements of life. “The matter of all sins were included in those three temptations,” Thomas wrote, “for behind every temptation to sin is some lust of the flesh, or desire for glory, or eagerness for power.”[iii] We’ve all got some carnal desire gnawing at us. We all have someone out there whose regard we take too seriously, some cowardly or narcissistic need for admiration. We all want our little bit of the world to be ordered our way. When we hear the story of Jesus’ grand temptations we should realise they stand in for our rather more mundane ones.

So when we are tempted, not to some terrible crime but just to doing the slightly dodgy, what ‘everyone’s doing’, the ‘lesser evil’, the ‘small indulgence’, we’ve found an everyday way of submitting to the big temptations, and are perhaps setting ourselves up for more spectacular versions. ‘Harmless fun’ – like going on Tinder to laugh at people’s profiles, or delighting in some important person’s downfall, or gossiping about someone’s failings – build us up by putting others down. They are examples of that favourite sin of Al Pacino’s Devil: vanity. And when we think we’ve got our moral and spiritual life all under control, as Kevin did at the end, we are vulnerable to new kinds of pride; when we think we’ve overcome temptation, or have God and the devil, grace and nature all sewn up, we’re cruising for a bruising. Paul says, Lent says: believe from your heart and confess with your lips that you might be saved!

At the Catholic Institute of Sydney seminarians, religious and lay people are prepared intellectually for lives of service. To all those beginning a new year of learning, teaching and research at CIS, I echo Paul’s hope that the “word on your lips and in your heart”, “the faith that you proclaim”, is indeed very near to you (Rom 10:8-13). Drawing ever-nearer to Him in study and contemplation is a much easier and surer route to wisdom than through contest with Al Pacino’s Devil. Draw near to Christ so you can give an account of that cosmic grandeur and mundane reality, that personal responsibility and self-denial, that grace and consolation, told in our Gospel today. Our Church sorely needs these in her present time of trial in the desert. With such divine wisdom help us reform our structures, purify our behaviours, and renew our hope. Help us all to hear where God is leading us in these times of trial.

INTRODUCTION TO MASS FOR 1ST SUNDAY OF LENT YEAR C +

OPENING OF THE CATHOLIC INSTITUTE OF SYDNEY ACADEMIC YEAR 2019

Welcome to St Mary’s Cathedral for the Solemn Mass for the First Sunday of Lent, that season when the Church joins Jesus for His forty days in the desert, contending with temptation through fasting and prayer, and demonstrating His victory in us through acts of charity.

Today we also mark the opening of the 2019 Academic Year for the Catholic Institute of Sydney: so big and busy have its Masses become, that we had to shift this year’s Mass to the cathedral! Several members of the Catholic Institute faculty are con-celebrating with me: Very Rev Dr David Ranson, Diocesan Administrator of Broken Bay; Very Rev Dr Gerald Gleeson, Vicar General of the Archdiocese of Sydney; Very Rev Peter Williams, Vicar General of the Diocese of Parramatta; Very Rev Dr Julian Wellspring, Judicial Vicar for the Province of Sydney.

I acknowledge concelebrating with me today Most Rev. Tony Randazzo, Auxiliary Bishop of Sydney and Vicar for Formation; Very Rev Danny Meagher, Rector of the Seminary of the Good Shepherd, with members of his formation team; Very Rev Eric Skruzny, Rector of Redemptoris Mater Seminary, with members of his formation team; and Fr John Anderson, an Australian missionary priest to Iquitos, Peru.

I welcome in particular the President of Catholic Institute of Sydney, Sister Professor Isabell Naumann ISSM; the Deputy President and Academic Dean, Dr Rohan Curnow, with Members of the council, faculty and staff; Mr Hugo Chis, President of the Students’ Association, with students of CIS; Professor Diane Speed, Dean and CEO of the Sydney College of Divinity with her staff; the Mayor of Strathfield, Cr Gulian Vaccari, and other distinguished guests.

To everyone present, including visitors and more regulars, a very warm welcome!