HOMILY FOR THE MASS FOR THE NINTH CENTENARY OF THE DEATH OF BLESSED FRA GERARD, FOUNDER OF THE SOVEREIGN MILITARY ORDER OF MALTA 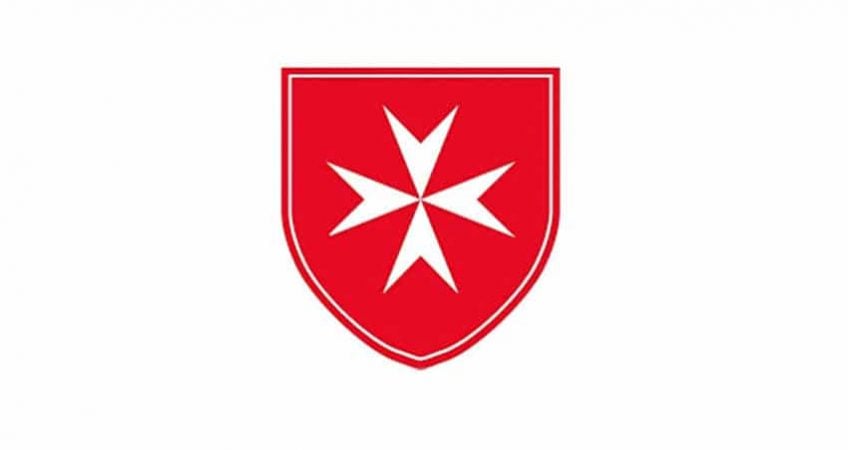 Today the Church celebrates the Feast of St. Gregory the Great, a highly educated nobleman of sixth-century Rome, by then a city overrun by barbarians and an empire crumbling. In his time the Plague of Justinian – the ancient Roman equivalent of COVID-19 – swept through the provinces, wiping out as much as a third of the population in some parts, and causing widespread famine, panic and rioting. Amidst social upheaval Gregory rose to being Prefect of Rome by the age of 30 but, being in poor health and hating all the trappings of high office, he often governed from his bed!

A humble man, Gregory would happily have heeded the Lord’s advice in our Gospel to reject titles and privilege (Lk 22:24-30). He determined to renounce wealth and power, and enter religious life. He did this by the simple method of turning his palace into a monastery and inviting a group of Benedictine monks to take it over. In a chaotic, violent world, he thought monastic calm the antidote. But his respite was short-lived. Pope Pelagius II recognised his capacity, ordained him deacon and made him Nuncio to imperial court at Constantinople.

After doing his job there, Gregory begged to be allowed to return to the monastery. The pope compromised by allowing him to return as his private secretary. Problem was, the pope upped and died and almost immediately, on this day 3 September 590, Gregory was elected pope by acclamation. So much for the quiet life! The man was horrified and appealed to the emperor to veto the election; instead the emperor sent his congratulations. He attempted to flee from Rome to avoid the office, but was arrested and forced to submit to consecration as pope!

The same humility that made him resist his appointment meant that, once appointed, he resigned himself to the will of God and the Church and so he set to work exercising authority well. He understood the important truth that humility is about accepting who and where we are in relation to God and our fellows, not over or under-estimating what we can do under grace. He took the title “servant of the servants of God” as the best for a pope. And serve he did: he was famous for his almsgiving, making the Church into Rome and the empire’s principal charitable institution; he made a general reform of the liturgy – hence our term ‘Gregorian chant’; he sought to convert rather than conquer the Barbarians and was remarkably successful; he published important works to strengthen the faith including one of the first on moral theology; he sought (like so many popes after him) to address clerical corruption and curial reform; and he sent missionaries to deepest darkest England. When he died in 604 AD he was almost immediately named saint by popular acclaim.

During the post-conciliar reforms Gregory’s feast day was moved, from the anniversary of his death on 12 March, out of Lent to today, the anniversary of his pontificate. As a result he bumped Blessed Gerard off the calendar. Gerard was, like Gregory, a Benedictine monk who loved the contemplative life but whom history forced into a more active role. He was Rector of the monastic hospice of St John in Jerusalem. But in the wake of the First Crusade of 1099 that hospice was to become headquarters for a new phenomenon known as ‘knights hospitaller’ and he would be their spiritual father. Like Gregory, Gerard heard in this evening’s epistle: “Since we have by an act of mercy been entrusted with this work of administration, there is no weakening on our part” (2 Cor 4:1-7): ‘strange kind of mercy’ they both probably mumbled under their breath. By 1113 Gerard’s fraternity was sufficiently developed to warrant being formally recognised by Pope Paschal II as a new religious order. He lived until 1120, dying on this day nine centuries ago.

Gregory’s policy of converting rather than conquering the pagans, whether they were Angles or Saxons, Goths or Lombards, was to play out in his son’s thinking too. Though Blessed Gerard would sometimes take up arms with an R to defend the faithful, they more often took up alms with an L to cure and care for them. So clear was his intention one of peace, like St. Gregory’s, that when all the Christians were expelled from Jerusalem, the sultan permitted him to stay and care for the hospital and its sick…

Clearly there was in Gregory and Gerard, as in Paul, “none of the reticence of those who are ashamed of the Gospel and water it down; no, we preach truth openly in the sight of God.” In two periods of violent change and destruction, like a cyclone, they were the calm centre, standing firm and holding out the promise of the Gospel to a world in flux.

In the nine centuries since Bld Gerard’s death the Order’s fortunes have waxed and waned, and it has often been entangled in politics and controversy. The number of its professed members has declined even as its number of lay members, the addresses of its headquarters and the length of its name have grown. As we now approach its millennium, the Order still seeks like Blessed Gerard to defend the faith and serve Christ in the sick poor. We lead by serving, as Christ recommends in our Gospel (Lk 22:24-30).  By service that is free, selfless, loving, active and constant, we demonstrate an authoritative love and a loving authority that can image God’s love for every human being whatever their suffering or struggles. Ours is the way of the Good Samaritan, always ready to bandage and pour liniments, to carry, accommodate and care. Here we can draw a straight line through the history of our Order back nine centuries to its founder, Blessed Gerard, back five more centuries to another great Benedictine, Gregory the Great, and back six centuries more to the ones to whom Jesus said: “The greatest among you must behave as if he were the least, the leader as the one who serves.” God bless the Order of Malta!

St. Gregory the Great, pray for us!

Blessed Gerard, pray for us!

Welcome to St Mary’s Cathedral for our Mass to mark the ninth centenary of the death of Blessed Fra Gerard, Founder of the Sovereign Military and Hospitaller Order of St John of Jerusalem, of Rhodes and of Malta. I acknowledge the Knights and Dames of the Order, my confreres and consouers, their postulants and friends of the Association, both those present physically and all those gathered via livestream. Welcome to you all!