HOMILY FOR MASS FOR THE SOLEMNITY OF THE MOST HOLY TRINITY, YEAR A + ADULT BAPTISMS 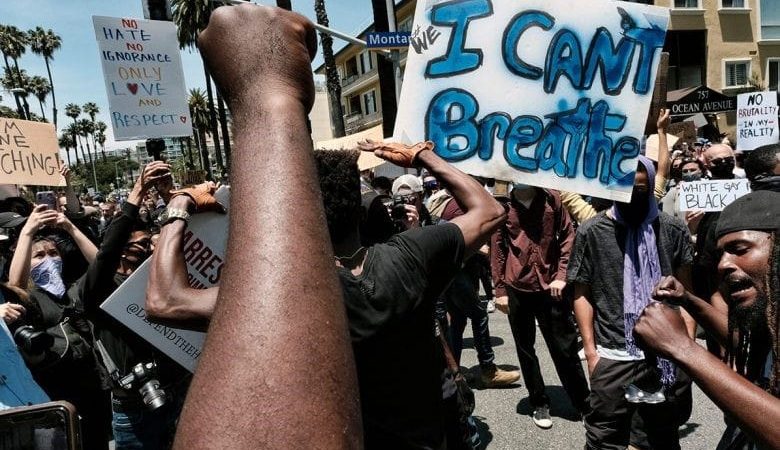 Homilies Archbishop Anthony Fisher OP
Archdiocese of Sydney · Homily for Mass for the Solemnity of the Most Holy Trinity, Year A + Adult Baptisms – 07-06-2020

We Christians didn’t invent monotheism. The ancient Zoroastrians proclaimed a single uncreated and benevolent god of wisdom. The Egyptian pharaoh Amenhotep IV, father of the famous Tutankhamun, took the name Akhen/aten after joining the Atenist sun worshippers and he sought to impose their monotheism on all Egyptians. Meanwhile the Children of Israel were particularly staunch in insisting that Yahweh wasn’t only the best of gods, He was the only one! Many Stoics of the Hellenist period believed in one god as the font of all being, and the Neo-Platonists taught that all else flows from the single Divine Unity.

So when Christians came upon the scene, they naturally aligned themselves with these monotheists, repudiating the many gods on offer in most ancient religions. This put them immediately at odds with the Romans, who had a dozen major gods and goddesses in their pantheon and hundreds of minor ones adopted from the cultures around them or preferred in different families, professions or situations. The Jewish and Christian insistence on one god seemed niggardly to say the least, and their unwillingness to venerate the various deities positively uncivil. Yet to serious monotheists like the Jews and later the Muslims, the Christian notion of God as Triune: Three, seemed both extravagant and incoherent. Christians had either too few gods or too many! Theirs was a strange God indeed.

Yet this, they insisted, was the central mystery of their faith: they worshipped One God not in the unity of a single person, but in the Trinity of one substance. It was a mystery, they readily admitted, but not in the sense of unintelligible gobbledegook, nor like a murder-mystery to be solved. It was more like the way a person we love is a mystery so deep we can endlessly discover and deepen what we know about them and never exhaust it, and so feed a love to be lived in daily life.

Where did Christians get their ‘strange’ idea of God? Well, in salvation history the Jewish people learnt that God was simple but complicated. When He appeared to Abraham at Mamre (Gen ch. 18) it was as three beings yet one; the text in Genesis captures this by having the divine voice speak sometimes speak as ‘I’ and sometimes as ‘We’. There are Old Testament passages that personify the Wisdom or Law or Word of God and others His Breath, Spirit or Presence. And the Prophets dreamed of a day when unto us a child would be born who would be “God with us… Wonder Counsellor, Mighty God, Everlasting Father, Prince of Peace” (Isa 7:14; 9:6).Jesus it was, however, that revealed Himself as God the Son of God the Father, and promised the sending of God the Holy Spirit. He taught us a great deal about all three, while continuing to insist that they are One. In His last great commission He charged us to go out to all the world, proclaiming the Good News, teaching His commandments and baptizing people in the Name of the Father, and of the Son, and of the Holy Spirit[1] – as we still do and will do, in fact, here today.

The early Christians puzzled about all this for centuries, but we already hear Paul, writing only twenty years after Christ’s ascension, blessing the Corinthians with “the grace of our Lord Jesus Christ, the love of God [the Father], and the fellowship of the Holy Spirit”.[2] The early Church fathers and councils eventually nailed down the orthodox Catholic faith in the Nicene Creed. Here is defined our belief in One God, Father, Son and Holy Spirit, and that Son is homoousios or consubstantial with the Father, and the Spirit likewise with them both.

Or as the Athanasian Creed put it, there is but one God, and the Father is God, the Son is God, and the Holy Spirit is God, but the Father is not the Son or the Spirit, and the Son is not the Father or the Spirit, and the Spirit is not the Father or the Son. To deny the Son of God was of one substance with the Father, or truly His equal, or that Jesus is His incarnation was to wander away from Christianity. It might sound rather academic, all that creedal stuff, but the early Christians knew that Christ wouldn’t have revealed such things unless they mattered very much, and that whether we were monotheists or polytheists or something unique mattered to our relationship to God, the world and each other, to our prayer and worship, even to our salvation.

Difficult to grasp it is. But to embrace this mystery is to discover the Absolute is personal, the Totally Other is totally for-us. “God so loved the world He gave His only Son that those who believe might have eternal life” – those whose whole perception, thinking, feeling, willing, acting, relating are converted, so that they put on Christ, conform to Christ, make His identity, mission and destiny their own. The gifts of Christmas, Easter and Pentecost are awesome outpourings of love and grace, God giving Himself as Man and as Spirit.

This week’s scenes of demonstrations and riots in the U.S., sparked by the killing of George Floyd, expose deep ruptures in the American psyche, society, economy and polity. In this country, too, there is unfinished business in seeking justice and reconciliation with our First Peoples. The mystery of the Trinity might seem a doctrine rather distant from such concerns. But as the early Christians recognized, God didn’t reveal Himself for His own benefit: He doesn’t need Instagram selfies and Facebook likes to feel good about Himself. No, when the Blessed Trinity came to dinner at Mamre and at the Last Supper and again in this Mass, it was and is for our sake, to address our needs. One thing this triune God says to fractured America, and to divisions closer to home, is that unity is possible amidst diversity and long history, that Three can be One, and that those Three generate such love that it creates and redeems and unites millions of people, rather than discriminating and killing and ransacking. The God of Christians is a strange God, perhaps, but He promises and enables what our world most needs right now.

When, in a few moments time, I pour water in the names of the Most Holy Trinity over the heads of Megna, Sandy and Jared they will be joined to that great mystery of faith, of the God-Who-Is-Love and the Communion-Who-is-God. And once joined to that mystery by the power of Baptism, Confirmation and Holy Communion they will be capable of speaking for justice and acting for unity in our fractured world.

Because current conditions continue to impede attendance at Mass and reception of Holy Communion, I invite you now to ask God that by spiritual communion you might receive the graces of sacramental communion. Offer this Mass and your hunger for the Eucharist for your loved ones, yourselves and all our world at this time.

To our newest Catholics, you are about to receive your First Holy Communion – by this Sacrament we unite ourselves to Christ, who makes us sharers in his Body and Blood to form a single body with Him and His Church. This is the climax of your Initiation and will continue to be the centre of the whole of your Christian life. Jesus says, “whoever eats my flesh and drinks my blood, abides in me, and I in them”.

INTRODUCTION TO MASS FOR THE SOLEMNITY OF THE MOST HOLY TRINITY, Year A + ADULT BAPTISMS

Welcome to our Mass for the Solemnity of the Most Holy Trinity, live-streamed from St Mary’s Basilica in Sydney. Today we recall that most distinctive and fundamental teaching of Christianity, that God is one and God is three, and that the love of those three persons for each other overflows into the creation, redemption and destiny: the ultimate glorification of our universe and of each one of us. It is in the names of the Most Blessed Trinity that all Christians are baptized and so united to God and all the Church.

Speaking of which, I am delighted to welcome today three catechumens whose baptism at Easter was postponed due to COVID19 and the closure of our churches. We give thanks that the pandemic is receding and restrictions being relaxed. And that as a result Jared Beneru, soon to be ‘Christopher’, Sandy Li, now ‘Maria Goretti Joan’, and Megna ‘Agnes’ Roopa can now be baptised in the name of the Father, and of the Son, and of the Holy Spirit. I acknowledge also their godparents here today, all those who influenced or prepared them,Paula Flynn, Fr Lewi and our excellent RCIA team here at St Mary’s, and those of their loved ones present today or watching from home.

To the deaf community who have joined us these past three months through live-streaming, a very warm welcome. As our translators from the Ephphetha Centre for Ministry to the Deaf and Hard of Hearing will from next week be gathering with the deaf community and live-streaming their own Mass, we thank them for their involvement here these last several weeks.

To everyone else present here today or joining via livestreaming, a very warm welcome to you all!