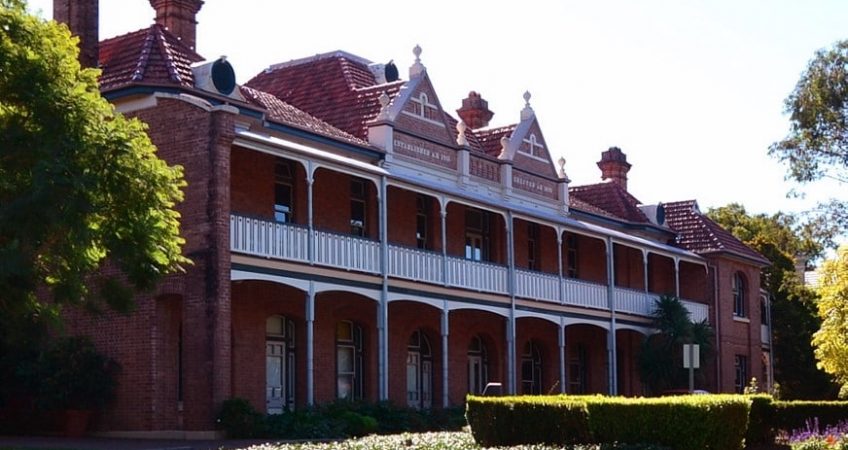 At last month’s Academy Awards Joaquin Phoenix was awarded best actor for his performance in the psychological thriller Joker. His Oscar acceptance speech was an impassioned, if rather confused, call for respect – irrespective of sex, race, sexuality or even species; given the story of Joker, he might have added mental health status.[1] Joaquin, who played Jesus in the 2018 biblical drama Mary Magdalene, is a complicated spiritual mix. Born to a lapsed Catholic father and a Jewish mother who believed in Jesus, his hippy parents gave him a biblical name but named his siblings River, Rain, Liberty and Summer but with saints’ names second like Jude and Joan of Arc. The family were part of the Children of God cult for some years.[2] Joaquin confessed at the Academy Awards to being ‘a selfish scoundrel’, but said he’s grateful to those who’ve given him a second chance and helped him find ‘redemption’.

Had he been looking to ground his concerns for people and place, Phoenix could have done worse than read the intervention of another ‘celebrity’ only a week before. Pope Francis’ exhortation, Querida Amazonia, is the spiritual successor to his much-discussed encyclical Laudato Si’.[3] Where that encyclical addressed today’s great questions of natural and human ecology, the recent exhortation applies these principles to a particular local context with its unique struggles and opportunities, but with an eye to other localities as well.

Where the liberal press looked to Dear Amazon to be a manifesto for eco-warriors and rad-fems, the Holy Father offered a spiritual vision that suggests our social, cultural and ecological concerns are inter-related and inseparable from ecclesial ones. He thinks we need a clear sense of our faith and ideals if we are to say all we could to these other great questions.

At the heart of the Holy Father’s passion for the Amazon is his ‘Franciscan’ concern for people and place. Where the Amazon river should, he thinks, be like the spinal column uniting and harmonising the region (QA 45), we hear instead the cries of the poor and needy, like parched Israel in our first reading (Ex 17:3-7), and the cries of the confused and lonely, like the thirsty Samaritan woman in our Gospel (Jn 4:5-42). But hearing such cries of social, cultural or ecological injustice, it is not enough to wag our fingers: the Pope calls us to action ourselves.

Consider that Samaritan woman. Her conversation begins in the heat of the midday sun. It starts with the physical need for water, but quickly moves to the cultural prejudices of Samaritans and Jews, to social questions about her living arrangements and reputation in the town, even to broadly ecological ones about access to water, mountains for worship and fields for harvest. Amidst these presenting issues the core question becomes: who is Jesus and what is He offering? The woman calls Him ‘Jew’ at first, then ‘Sir’, then ‘Prophet’, then ‘maybe Messiah’. And what does He offer? “Living, thirst-sating water,” Jesus says to begin with, then “a spring welling up to eternal life… salvation… worship in spirit and in truth.” Having received that water the Samaritan woman is so filled with uncontainable grace she excitedly rushes back to town to tell of her experience. And John records, “many Samaritans of that town came to believe in [Christ] on the strength of the woman’s testimony”.

When Pope Francis says he has social, cultural, ecological and ecclesial dreams for his Beloved Amazon, the ecclesial is no mere afterthought. He places it last because, for him, it grounds all these concerns and binds them together. An enthusiasm for social justice, without a concern for the ecology, might raise the incomes of the poor but only by greatly damaging the natural world. A concern about climate and forests, with no eye to economic realities, might mean policies that unnecessarily hurt people. Neither will make much progress without attending to local culture, but focussing on that to the exclusion of other interests might mean we have no community to carry the culture or no natural world to carry the community. And passion for any of these things can easily turn to bitterness, so that like Phoenix’s Joker we end up saying “All I have are negative thoughts.”

What can inspire a deep and enduring concern for such matters, offer sound ways to think about them, motivate real action about them, and keep us going even when it requires sacrifice? “How sad it would be,” the Pope writes, if the people of the Amazon “were to receive from us a body of teachings or a moral code, but not the great message of salvation, the missionary appeal that speaks to the heart and gives meaning to everything else”. We cannot be content with offering a social message or working for justice while concealing the fact “we do so because we see Christ in [the poor] and because we acknowledge the immense dignity that they have received from God.” (QA 63)

As Paul put it in our epistle (Rom 5:1-8), our love and sacrifice for others are driven by “the love of God poured into our hearts”. That love, in turn, is motored by a “hope that is not deceptive”, the promise of heavenly glory. And our hope is grounded “in our Lord Jesus Christ by faith”. Put simply: without faith, our hope will fail; without hope, our love will grow cold. But incarnating our faith in particular lives and ecclesial communities, we can support others and be supported ourselves in addressing the great questions of our day and be sustained in acting for people and place, for justice and ecology.

Which brings me to the Catholic Institute of Sydney, our Archdiocese’s own well for Samaritan women and others to come to know Christ more closely and deeply. At CIS raw faith and experience are honed with philosophical wisdom and theological understanding. There we explore what the Spring of Living Water might say to the great issues of our era. Our Church needs people of faith, learning and missionary discipleship, whether clergy, religious or lay, ready to hear the cries of people and place and to respond as the Holy Father exhorts us. “Without that impassioned proclamation,” he says, “every ecclesial structure would become just another NGO and we would not follow the command given us by Christ [to] ‘Go into all the world and preach the Gospel to all creation’.” (QA 64, citing Mk 16:15) God bless the Catholic Institute of Sydney in 2020!

Welcome to our Mass for the Third Sunday of Lent on which we hear the first of the great Lent Gospels upon which the Church long based her final instructions to catechumens. Today, in the fourth chapter of St John, Jesus offers the Water of Life to the Samaritan woman, who stands for all the baptised, saved by water and made missionaries to others. Next week in the ninth chapter Jesus will offer the Light of Faith to the man born blind, who again represents each of us, gradually coming to see that Jesus is Lord and what this means for us. And the following week we’ll read chapter 11, where Jesus offers the Resurrection and the Life to Lazarus and his sisters, standing for every new Christian offered eternal life through faith and baptism. We pray at this time for the hundreds around Sydney preparing for Christian initiation at Easter in the spring of living water.

The Holy Father has called on the Church at this time to pray and fast for an end to the COVID19 pandemic that has now killed thousands, is so disrupting lives and economies, and has closed even St Peter’s in Rome. We pray for the victims and their families, for health workers, and for the safety of those most at risk. As the government ramps up precautionary measures, we are likely to face various restrictions on the life of worship, but the Church is determined to play its part in keeping people safe and bringing them healthcare and pastoral care of the sick.

Today we mark the opening of the 2020 Academic Year for the Catholic Institute of Sydney. I acknowledge concelebrating with me today (Very Rev.) Fr Danny Meagher, Rector of the Seminary of the Good Shepherd, with his formation team; (Very Rev.) Fr Eric Skruzny, Rector of Redemptoris Mater Seminary, with his team also; and other clergy. I welcome in particular the President of the Catholic Institute of Sydney, Sister Prof. Isabell Naumann ISSM; the Deputy President and Academic Dean, Prof. Rohan Curnow; with members of the council, faculty, staff and students. Prof. Diane Speed, Dean and CEO of the Sydney College of Divinity, is here with her staff; Prof. Renee Kohler-Ryan, Dean of Philosophy and Theology in the University of Notre Dame Australia, and others; Prof. Hayden Ramsay, Deputy Vice-Chancellor of the Australian Catholic University, and staff. I also recognize Hon. Jodi McKay MLA, Member for Strathfield and Leader of the state Opposition; the Mayor of Strathfield, Cr Antoine Doueihi; seminarians and other students of the Institute; and other distinguished guests. To everyone present, including visitors and more regulars, a very warm welcome!