HOMILY FOR MASS FOR 20TH SUNDAY OF ORDINARY TIME, YEAR A 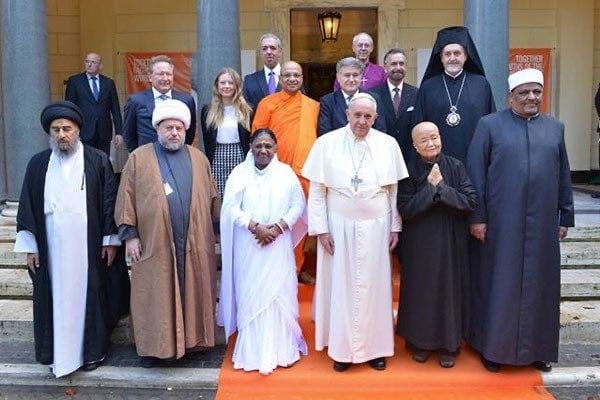 Archdiocese of Sydney · Homily For Mass For 20th Sunday Of Ordinary Time, Year A

“Go out to all the world to preach the Good News,” Jesus said (Mk 16:15; cf. Mt 28:19). Paul in our epistle today brags of his mission to the gentiles (Rom 11:13-15,29-32) and we know that he ultimately joined Peter in giving the witness of blood in Rome. Most of the other apostles scattered throughout the ancient near East, but James went to Spain, and Thomas made it as far as India, no doubt attempting to get to Australia… But strangely, Jesus Himself never travelled too far, unless you count His exitus from heaven to earth in the Incarnation and reditus (return) at the Ascension. In some ways He was like one of those plants that stays put itself but explodes with spores that are carried by the wind in all directions.

Yet Jesus was not just a stay-at-home kind of guy. Throughout His public ministry He was constantly on the road. Today He leaves the Jewish territories and enters modern-day Lebanon – specifically the ancient Phoenician port cities of Tyre and Sidon, nowadays Ṣūr and Sayda (Mt 15:21-28; cf. Mk 7:24). In the New Testament’s only reference to those ancient enemies of the Jews, the Canaanites, He meets a Canaanite mother pleading for her daughter. He tests her faith by seeming at first to resist her entreaties. This occasions her confessing Him Son of David and Lord, and His praising her as a woman of great faith, and granting her request.

But there is more to this story than the dialogue and cure. First, Matthew’s Jesus emphasises that He came first to the Jews and especially for the sake of “the lost sheep of Israel”, and that He does not forsake them in turning His attentions to the Gentiles; Paul, too, is very clear that God’s promises to the Jews are never rescinded.[1] Christian love and respect for the Jews derives from many sources. For one thing, we believe that humankind is one, all made in the image of God, and so they are our brothers and sisters by blood. In these COVID times, we are perhaps more aware than ever that with our common humanity also comes a common vulnerability.

What’s more, we believe that Israel was chosen by God to be the instrument of revelation. As Paul puts it earlier in his epistle, it was to the Jews that the Word of God was entrusted (Rom 2:17-3:2);  “Theirs is the adoption as children, the divine presence and the covenants; theirs the giving of the Law, the Temple worship, and the promises; theirs are the patriarchs, and from them proceeds the human descent of Christ.” (Rom 9:3-5) In the story of Israel, the Church finds her origins and prefigurement. We are Israel’s daughter. And their sacred texts are ours also.

Again, Jesus, the holy family, the apostles and many of the first disciples were Jews. So are many of our friends today. We have such a common spiritual heritage that the Second Vatican Council sought consciously “to promote mutual understanding and appreciation” between Jews and Christians and, in the shadow of the holocaust, reproved “every form of persecution, discrimination and anti-Semitism levelled at any time or from any source against the Jews”. Christians in many places still have apologies to make. But to those who say religion is always a force for division let me insist: it is not despite but because of my Catholic faith that I love and respect all peoples.

A second point of our Gospel story this morning is that Jesus is for all humanity, not just for the Chosen People. If Paul is to be apostle to the Gentiles and the others are to seed the whole world with the Gospel, a wider vision will be needed. So today Jesus speaks the great commission by His actions: He reaches out to the ‘Lebanese’. His will be no geographic or ethnic Church, but one for all who respond in faith, of any race, class or nation. The twelve-basketsful of ‘crumbs’, leftover from the feeding of the Jewish multitude, are taken by the Twelve to feed all nations on earth. Multicultural Australia experiences the diversity of humanity more than many places. But Christian faith and communion breaks down more barriers than simple intercultural awareness. Here at Mass people of every nation meet to worship in what Isaiah called “a house of prayer for all peoples” (Isa 56:1,6-7). So it is not despite but because of our respect for our common humanity and rights that we believers proclaim our faith to others.

We’ve made great strides in ecumenical and interfaith relations in our times – not just in dialogue but in friendships and joint activities. Every year we host an Iftar dinner at cathedral house for Muslim and other religious leaders, and they have on occasion joined us in this cathedral, as we’ve mourned and repudiated violence in the name of religion. Every year I am warmly received at the great synagogue. On the centenary of the Armenian genocide the Armenian archbishop offered the divine liturgy with his people here. Recently, I had a very happy meeting with the new Greek Orthodox archbishop, and at last year’s abortion rallies the Orthodox, Anglican and Catholic archbishops stood together for life. At the Anglican archbishop’s invitation, I shared the last New College lectures with him. And so on. I say all this not to brag but to celebrate with you the fact that here in Australia we now have friendships with people of other faiths that would have been unthinkable in earlier times and are still so in many places.

Yet I wonder if deep down we experience the same conflict Paul did, in reconciling our respect for people of diverse beliefs and our desire to share with them the great gift of our faith. We can end up saying “I’m OK, you’re OK” but with an unspoken qualification “but I’m one of God’s favourites and you’re just wrong”. The comedian Dave Allen used to joke that in heaven there’s a wall behind which the Catholics are placed, so that they can imagine they’re the only ones there! But what Mr Allen apparently missed in his Catholic upbringing were our beliefs about the importance of proclaiming Christ’s Gospel and the Church’s teaching, while also respecting consciences, and about Jesus saving even those outside the Church who pursue God and goodness with an open heart. That is why we support the present campaign for religious liberty protections in Australia today – we support such laws for the sake of people of all faiths and none.

The tendency to “othering”, to dividing the world into cowboys and Indians, is a perennial one and in the face of COVID-19, some have readily ‘othered’ the Chinese, the Victorians, the church-goers, whomever. Well, in matters of faith, as in matters of public health and politics, the truth matters enormously, but the truth is often mysterious, complex, hard to put down, and so there will be disagreements, even quite profound ones at times. Hopefully we can still respect each other, live as good neighbours, and collaborate on the basis of our shared humanity and common ideals. Together we look forward to that day, promised by Our Lord’s prayer that Christians will all be one, and by Isaiah’s dream of an earthly temple and heavenly home for all the peoples.

Because current circumstances continue to impede attendance at Mass and reception of Holy Communion, I invite those who are joining us by live-streaming to ask God that by spiritual communion you might receive the graces of sacramental communion. Offer this Mass and your hunger for the Eucharist for the safety of your loved ones, of yourselves and of our world.

Welcome to St Mary’s Basilica, Sydney, for the Solemn Mass for the 20th Sunday of Ordinary Time. In today’s Gospel Jesus leaves Galilee and enters the lands of modern-day Lebanon and Syria: if ever there was a time when those countries needed Jesus’ healing words and touch it is today, so we continue to pray for them.

Some have gathered here at the cathedral today and many more are joining us by livestreaming in response to the COVID-19 pandemic. On this weekend of the Assumption we ask our Blessed Mother to join us in praying for those who have died, are sick or caring for them, those who are anxious or at risk, and those who are suffering economically, researching a cure, or leading us through this crisis. To everyone present, physically or virtually, a very warm welcome!