HOMILY FOR THE MASS FOR 25TH SUNDAY ORDINARY TIME A 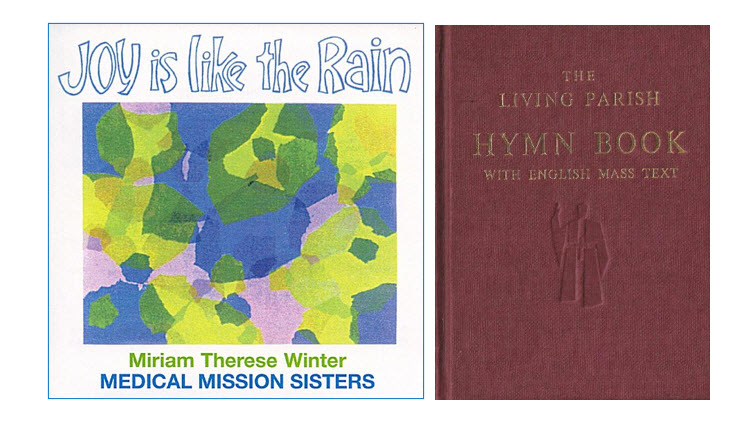 Archdiocese of Sydney · HOMILY FOR 25TH SUNDAY ORDINARY TIME A

It’s just not fair! When we hear this morning’s parable of the workers in the vineyard (Mt 20:1-16), the shop steward deep within each one of us irks with sympathy for those who’ve laboured all day under the hot sun. Why do those who worked only an hour, in the cool of the evening, get the same wages and even get paid first! ‘It’s not fair!’ we say as we stamp our foot. And it’s bad business, too, rewarding the sluggards who turn up late for work.

We’d be right. By the standards of ordinary justice, people should get their ‘just deserts’, get ‘what’s coming to them’. Blame and reward are rightly apportioned according to effort and merit. No wonder this parable is so uncomfortable. Even the great Father of the Church, St. Augustine, struggled to reconcile God’s justice and ours. Yet he had this helpful thought: those who died hundreds or thousands of years ago will have to wait longer than us for the last judgment and heaven, and we will have to wait longer than those who die on the Last Day. Even some of the greatest labourers in the Lord’s vineyard have to wait a long time to be paid![1] And the wage – eternal life in heaven – is the same whoever you are, if you get there at all. It’s the maximum wage conceivable. Yet, says Augustine, ‘some will shine more brilliantly than others’ – they’ll get the better seats, as it were.[2]

It’s a good explanation as far as it goes, from a great theologian-saint. But I don’t think it irons out all the differences between human justice and divine mercy or all the mysteries of the kingdom of heaven. “My ways not your ways” says the Lord through Isaiah today (Isa 55:6-9).

When I was aged 7, in Second Grade at St Michael’s Lane Cove, our teacher Sr Mary Eucharia RSM taught us one of the latest songs from the Medical Mission Sisters, “Joy is Like the Rain”.[3] It was very much in the spirit of the ’60s and I pointed out, rather precociously, that it didn’t mention God. But Sister also taught us another, more worthy modern hymn, from the little maroon-coloured Living Parish Hymn Book, written by James McAuley and set by Richard Connolly. Inspired by our first reading today, “Seek, O Seek the Lord” offered some rather more elevated thoughts about God, prayer and divine grace guiding us amongst the snares the world contrives. Though I wasn’t quite sure what those were, it all sounded rather grave and holy to me, and I remember Sister warning us to we seek the Lord right away, because the way the world was going He might not be near much longer!

“My thoughts are not your thoughts, my ways not your ways,” says the Lord. Ordinary fairness does not require that God make the world. Nor that He empty Himself and become Incarnate as a helpless babe, forced to flee with his family for fear of life and limb. Fairness would not have had that God-Man submit to ignominious and terrible death by crucifixion. Of course it isn’t right, it isn’t fair: that’s precisely why St Peter, in our Gospel just a few weeks ago, tried to stop Christ’s lethal turn towards Jerusalem (Mt 16:21-7).

Fairness does not demand Creation, Incarnation and Redemption. Nor does it require that God give us His word and sacraments in the Church, including the gobsmacking opportunity to receive His substance into our own in the Sacred Liturgy. Fairness might mean we forgive our brother seven times, and so that God should give us seven more chances also; but divine mercy says forgive seventy times seven times (Lk 17:4) and picks us up again and again, each time we fall, no matter how many times we fall. “God, increase in us the life that Christ by dying gave us; though we faint with mortal strife, His blood will save us” Sr Eucharia’s McAuley hymn continued. The shop steward deep within us may mean we judge ourselves as pretty good Christians, who’ve laboured in the Lord’s vineyard since our Baptism all those years ago and deserve a fair wage and perhaps a bonus – but how often have we been absentees, slacking off, going on ‘smoko’ when the foreman’s back is turned? How often in fact have we deserved no more than the denarius paid to those who came to Christ much later in the day?

So thank God He’s so unfair! As we pray in the Roman Canon, “Admit us, we beseech you,” into the company of the saints, “not weighing our merits, but granting us your pardon.” No-one deserves life, redemption, immortality, not even the Blessed Virgin Mary. Amidst the mysteries of grace and free will, of sin and salvation, of Christ’s merits and our own, heaven comes as pure, unexpected gift. And the Giver conforms to no ordinary human rules and regulations. Our concepts at best glimpse but cannot grasp the infinite love and mercy of God.

To quote the Vicar in Peter Nichols’ play A Day in the Death of Joe Egg, “God does his best but we don’t help him much. He’s only human I suppose… No, he’s not, how silly of me!”[4]

But what, our business-minded friends might ask, what of the perverse incentives this gives people to ‘come late to the party’? If salvation can be guaranteed by turning to God at the last, why not live a debauched life here and now and just make sure to have an Act of Contrition up your sleeve as the car crashes? St Augustine’s generation were inclined to just such thinking: they often postponed Baptism till as late as possible, so their soul would be ready for God at the end. But Isaiah’s words, McAuley’s words, Sr Eucharia’s words are clear: we should not delay. ‘Seek the Lord while he is still to be found, call to him while he is still near’ (Is 55:6-9). You may not get a chance to repent later. Throw yourself now and always into the unfathomable ‘unfairness’ and immeasurable mercy of God, the incredible gift He offers us all, in spite of our failings, the chance – as our epistle puts it: Phil 1:20-247 – to be now and always ‘with Christ’.

Because current circumstances continue to impede attendance at Mass and reception of Holy Communion, I invite those who are joining us by live-streaming to ask God that by spiritual communion you might receive the graces of sacramental communion. Offer this Mass and your hunger for the Eucharist for the safety of your loved ones, of yourselves and of our world.

Welcome to St Mary’s Basilica in Sydney for the Solemn Mass for the 25th Sunday of Ordinary Time, as thankfully we inch a little closer towards ordinary life.

Yesterday I had the great joy of ordaining four new priests for the Archdiocese of Sydney, and welcoming them into the life of service of God and His people. One had been a member of our cathedral choir as a boy and young man. He then had mischief written all over his face and few would have voted him Most Likely Future Priest of his year at Cathedral College. Yet a brother at the school, the director of music in the cathedral, and the co-ordinator of the university chaplaincies all hinted he might have a vocation. That’s a reminder to us all of our role in helping each other discern our gifts and calling, in nurturing vocations and in supporting each other to live them well. In that Mass I announced that every baptised Catholic in Sydney is officially appointed as a Promoter of Vocations for the Archdiocese and I repeat that today!

To everyone present, including those joining us via livestream, a very warm welcome.