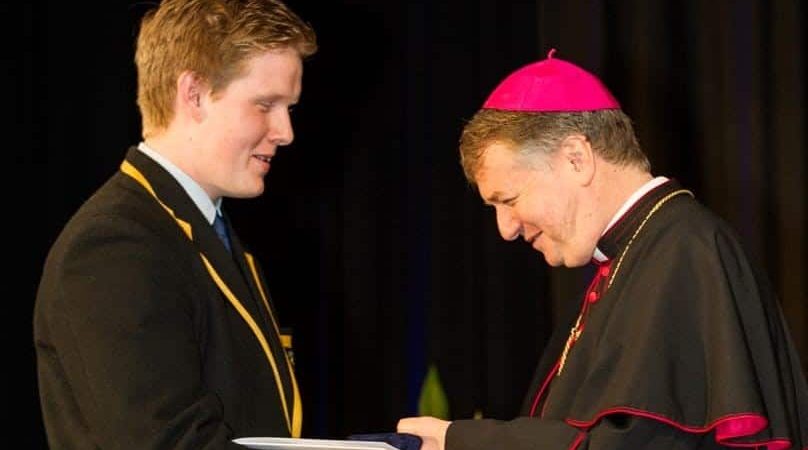 What do you think of when you hear the word ‘culture’? Some people mean posh things like opera, art galleries and universities. Others use it to cover a group’s shared beliefs, values, customs and behaviours. People talk of school culture, teen culture, high culture, pop culture, Western culture, Indigenous culture, global culture, workplace culture, counterculture, even cyberculture.

Culture isn’t simple. For one thing, cultures evolve. For another, we’re part of several at once: ethnic, religious, institutional, geographic. Our culture(s) largely shape us but we, in turn, shape our culture(s). And culture is often many-sided, even self-contradictory. It’s often said that Australian culture places a high value on individual rights and dignity. Yet if you’re one of the 80,000 unborn children aborted in Australia each year, or one of our Indigenous people, or one of our 4,300 modern slaves, or one of the thousands of refugees knocking at our door, or one of the hundred thousand sleeping homeless each night, you might have your doubts about how human rights conscious Australian culture really is… Who would have imagined a generation ago that there would be a bill before the NSW Parliament to legalize abortion right up to birth and even after birth if a baby slips through the abortion net and is accidentally born alive? Or that we’d have legislation in the Federal parliament to protect religious believers against discrimination because that can no longer be taken for granted? Or that we’d still have to fight to keep Catholic schools accessible and affordable to all who want them?

With so many uses and implications, we can be more than a bit vague on what culture really is. Our word comes, of course, from the Latin root cultus, from which we also get words like cultivate and viticulture. Cultus meant tilling and taming the earth, planting and nurturing things in it, or otherwise working hard at such things. It’s about what we are willing to invest ourselves in.

So what is your cultus, your culture? Echoing Paul’s epistle from to the Colossians (Col 1:15-20): what is it that you create, visible and invisible? This morning we heard how each of you has participated in youth festivals, retreats and immersions, fundraised for great causes, led or served in your schools, parishes or wider communities, been regular at Mass and devotions, assisted in altar serving, ministering or liturgical music making, worked with children, youth, the elderly, poor, homeless, Indigenous or refugees, inspired those living with disabilities or other disadvantages, or served in building up our community and planet. It was easy to see what you have invested yourselves in!

You’ve cultivated yourselves but others have cultivated you also. Your school’s beliefs, values and customs, carried by its present leaders and teachers, your peers and closest friends – your school culture has been significant in shaping the fine young women and men you are. Even more importantly, your family’s ideals, traditions and practices, carried by grandparents, parents and siblings – your family culture has also shaped you enormously. On behalf of our Awardees, a very special thank you and congratulations to their teachers, friends and families. The cultures of care, compassion and excellence that you have supported are embodied by these young heroes.

Cultus was the word used by the ancients to describe tilling, nurturing and labouring at something: hence our words cultivate and viticulture. But the word was also used for honouring, reverencing or worshipping something: hence our words cult and cultic. The ancients understood the inseparable connection between behaviour and beliefs, what you do and what you value, between human labour and commitment to the gods as its driving force and principle. Echoing Paul’s epistle from to the Colossians (Col 1:15-20) once again: to create is to embody the fullness of God, creating and sustaining all things, reconciling and making peace.

As I heard the citations about our award recipient this morning, I was convinced our young heroes were cultivated in a truly Christian family, school and parish culture: one in which Gospel beliefs and values are key; faith, hope, and love are pre-eminent virtues; and these are regularly expressed in action.

And so my young friends, at the cusp of a new stage in your life, I invite you to consider what your cultus will be, what kind of culture you will immerse yourself in and in turn cultivate in the years ahead. You’ve made a good start already, as today’s Award recognises. When some people say young people today aren’t up to much, that they’re only interested in themselves, in getting ahead, accumulating things and multiplying experiences, you demonstrate that the opposite is true: that young people can have deep faith, high ideals, and throw themselves into worthy projects heart and soul. In a society increasingly deaf to such idealism, you show that young people are capable of greatness. Our Australian culture needs you more than ever if we are ever to be the civilisation of life and love we are called to be.

Welcome to St Mary’s Cathedral Hall and to the Mother Church of Australia – to your church, young Catholic Australia. I’m always excited to present the Archbishop’s Awards for Student Excellence to the outstanding students from each of our Catholic secondary schools, systemic and congregational. It is a great occasion for recognizing and congratulating the leadership and example that you and other young people have given in our schools, as part of the Church’s broader mission to preach the Gospel of Jesus Christ to twenty-first century Sydney.

I am pleased to acknowledge clergy and religious from the Archdiocese, including Very Rev Fr Michael McLean, Episcopal Vicar for Education; leaders from the Sydney Catholic Schools including Mr Anthony Farley, Executive Director of Sydney Catholic Schools, with the regional directors; Dr Anthony Cleary, Director of Religious education and Evangelisation, with the other directors; principals, staff and student from all our systemic and congregational secondary schools. But above all I extend a very special welcome to you, our award recipients, and to your proud parents and families.