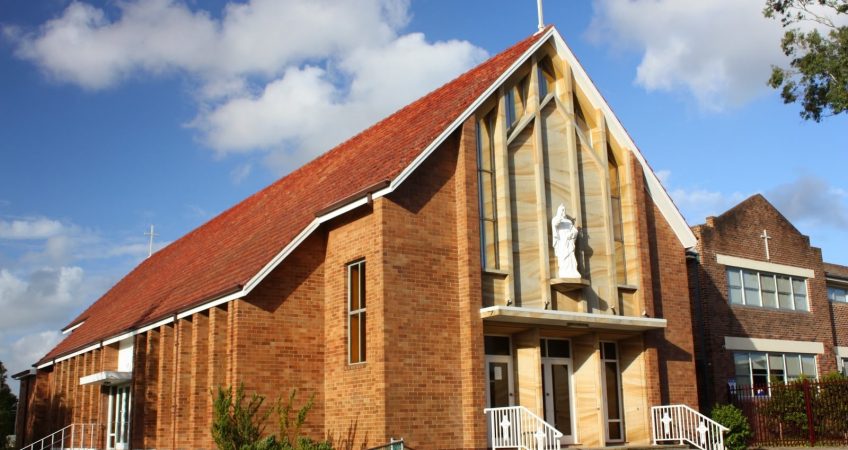 Iustitia or Lady Justice was the ancient Roman personification of justice, whom the Emperor Augustus elevated to a goddess and gave a temple in Rome. In statues she wore a blindfold – symbolising impartiality – and carried scales in one hand – by which she weighed up evidence for and against – and a sword in the other – suggesting that judgment would be swift and final. The concept of ‘blind’ justice – impartial, measured, authoritative, unyielding – goes to the heart of our legal system and, indeed, our civilisation. We are equal before the law, judged if accused according to factual evidence and established principle, and any punishment should ‘fit the crime’. Without this we would live in permanent anxiety that power would be used capriciously against us. If that is true of secular justice, it’s also what we want from the gods – or at least God: that each person be rewarded or punished according to what they truly deserve.

Right? Wrong. In our Old Testament reading this morning (Ex 32:7-14) God is angry – or at least so it seems. He has chosen the Israelites for His darlings, liberated them from slavery in Egypt, is guiding them to a Promised Land. How do they reward Him? By apostatising and worshipping the golden calf of wealth, comfort, consumerism, ego. Not only is this ungrateful, it’s insulting to God. Their ‘just deserts’ would be for the divine wrath to “blaze out against them and devour them.” Yet what does God do? He sees their wrong, weighs it up, and … forgives them.

In our epistle St Paul, too, confesses that he was a blasphemer, ‘the greatest of all sinners’, the persecutor of Christians and so of Christ Himself (1 Tim 1:12-17). Justice for him would surely require that he be cut off from Christ and the Church forever. What does Christ the Just Judge do? He forgives him, brings him into the fold of the saved, and if such mercy has been shown to me, Paul observes, everyone should trust in His mercy.

Next comes our famous Gospel parable (Lk 15:1-32). A son demands his inheritance, as if to say ‘I want nothing more to do with my family, the business, the people. You, Father, are dead to me, so give me what’s coming to me.’ And with that rejection still piercing his father’s heart, the boy goes off to squander the family wealth on hedonist nothings. Only when he finds himself starving in a pig-sty does he come to his senses. When his father saw him coming, justice would surely demand that he rebuff the boy or at least punish him. As the older brother observes, this son’s crimes cry out for retribution. But God’s justice is different to man’s: the Prodigal Father is immediately filled with compassion and runs to his boy, welcoming him back ‘from the dead’. What’s going on here? Is the Christian God unconcerned with the demands of justice? No, where human beings all too often evade the requirements of individual or social justice, Christians must obey the law and fulfil their responsibilities, reverence others and respect their rights, advocate for victims and imitate the God who is just (Rom ch 13; Gal 5:14, Jas 2:8–13 etc.).

But ‘blind justice’ is not enough – for God or for us. Blind justice can be cold and calculating, or hot and vengeful. It can demonise others or treat them as projects. Christian justice lifts the blindfold and sees the sinful, weak or needy person before us, and the image of God within.

Christian justice lifts the blindfold; it then lets go of the scales and sword. It transcends justice, not by ignoring its demands but by overcoming injustice. It does not repay evil with evil; it gives what is merited and then more. ‘Eye for an eye’ limits the endless retaliation; ‘do unto others’ encourages a more universal ethic; but mercy is the justice of the kingdom. That means Christians can love, give and forgive when undeserved, even least deserved. In our Eucharistic Prayer we pray: “admit us, we beseech you, into [the] company [of your saints], not weighing our merits, but granting us your pardon” (cf. Ps 25:7; 103:10; Jer 15:15-21 etc.). If we hope for mercy – from God, from each other – we’d better show it ourselves: otherwise, we don’t just make ourselves undeserving of mercy but impervious to it. “Be merciful,” Jesus says, “as your heavenly Father is merciful” (Lk 6:36; cf. Mt 5:7). Practice works of mercy. Instruct the ignorant, counsel the doubtful, admonish sinners, bear wrongs patiently. Forgive offences, comfort the sorrowing, pray for all. Feed the hungry, clothe the naked, shelter the homeless. Visit the sick, ransom the captive, bury the dead.

Dropping the blindfold, scales and sword are shocking moves, but they go to the very heart of Christianity. It says of all our past hurts, “that was yesterday, but this is a new day, and we can do better together.” Blind justice lets us hold on to our resentments and demand vengeance; Christian justice-become-mercy requires us to let go and even extend the hand of friendship. To the Older Brother in each of us it can seem foolish, even upsetting. It can be really hard. It requires courage and strength. There’s nothing wimpy about Christian mercy, forgiveness, fraternity. And so we need a school in mercy, a support group in mercy. We need the Church and our parish.

Today as I install Fr Tom as the principal of this school of mercy that is St Finbar’s Parish, Sans Souci, we turn a new leaf on a parish history now eight decades old. We give thanks for the pastors and people who have gone before us. And we rededicate ourselves to being there for the prodigal children of our city in the future. There are many causes for celebration – but not for complacency. Only about one in ten Sans Soucians regularly attend Sunday Mass. We honour and give thanks for those who do: but our Gospel sends us to the lost sheep, the missing coin, the could-still-return son. Like the Prodigal Father we ache for them. And so we must ask ourselves, again and again, how we can best reach out with his open arms to the unconverted and the diverted, and make this the place they want to be on Sunday.

Fr Tom will now be responsible on my behalf for the worship, evangelisation and service in this parish. In his priestly service, he must sanctify you by prayer and sacrament. In his shepherding, he must lead and serve as Christ did. In his prophetic ministry, he must proclaim the Gospel and Church teaching in season and out.

But he cannot do this all by himself. Together, priests and people achieve far more than any one of us could do alone. To strengthen Fr Tom for his new task, we now have the formal Rites of Installation of a Parish Priest. They are a useful reminder to us all, not just of his mission but of yours, as brothers and sisters of the Lord. I ask you, of your mercy, to keep supporting Fr Tom, as he prays for and serves you.

Welcome dear parishioners to this morning’s Mass, where I will formally install Fr Tom Carroll as your Parish Priest. The name of your suburb, Sans Souci, is French; it translates into English as “without care” or into Aussie as “no worries mate”. I pray that Fr Tom and you all may likewise be carefree, or at least feel so, as you reach out to God’s people in this district. Fr Tom is a pastor, philosopher and patron of the arts, a hospital chaplain and chaplain to the Order of the Holy Sepulchre, was a lecturer at the Catholic Institute of Sydney, and for some years in charge of the formation of our permanent deacons. So he brings vast experience to his new task.

I acknowledge also Fr Hamilton, the regional Dean. In witnessing the Rites of Installation of a Parish Priest we will all have a chance to reflect on the various stages of our own faith journey. So we begin this Mass by giving thanks for the gift of Catholic faith and repenting of our failures to live it as we ought.