HOMILY FOR MASS FOR THE FEAST OF ST. JOSEPHINE BAHKITA 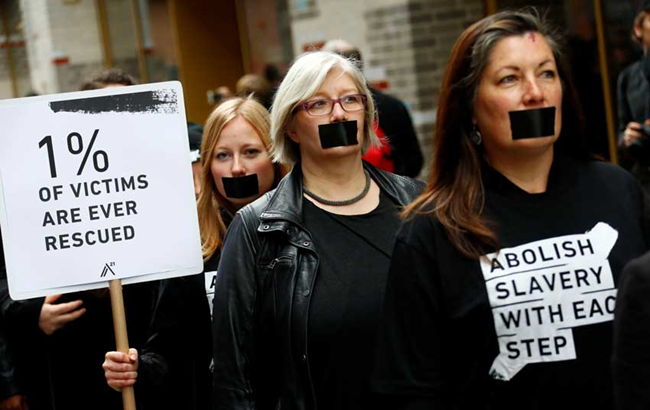 
The story of the Good Samaritan (Lk 10:25-37) is surely one of the most beloved of all Jesus’ parables. But the risk with stories we’ve all heard before is that we switch off when they are retold. So like any of Jesus’ words, it’s worth examining them again and pondering what new things the Word of God may be saying to us.

One of the early Church Fathers, Origen, suggested an interesting perspective on this story. Instead of thinking of the victim in the parable as some Jewish guy ambushed between Jerusalem and Jericho, Origen suggested this is the story of all humanity.[1] We – you and me – are that man. We have all left Jerusalem, our safe place, our Garden of Eden. Along the road we have all been beset by bandits, our enemies Sin, the Flesh and the Devil, who beat us up emotionally and leave us dead spiritually. Even Priest and Levite, that is the Law and the Prophets, fail to save us and we certainly can’t save ourselves. We need a Good Samaritan, we need Jesus Christ, to pick up wounded humanity and take it to the Inn of the Church to be looked after.

This reading of the Good Samaritan story suggests that we are not just called to be nice to people, like secular social worker and NGOs, important as their work doubtless is. We are called to keep company with Christ, to imitate Christ, indeed to be Christ’s hands reaching out to touch and heal those in physical need and also those suffering emotionally, morally or spiritually, as He would.

Enter St Josephine Bakhita, whose feast is now the international day of prayer, reflection and action for the victims of modern slavery and human trafficking. Born in Darfur, Sudan, around 1869, she was kidnapped as a young girl by Arab slave traders, sold into slavery, forcibly converted to Islam and suffered repeated abuse, including horrible scarification etching 114 intricate patterns into her breasts, belly and arm.

Due to the trauma of the abduction, Bakhita forgot her birth name, but she adopted the one given to her by the slavers. Bakhita is Arabic for ‘lucky’ – but it would be God, not mere luck, that guided her life through her many trials.

Having been sold and resold and changed hands many times, Bahkita eventually wound up under the care of the Canossian Sisters in Venice in 1888. A superior of the order helped secure her freedom the following year, and she was baptised, confirmed by and received First Holy Communion from the future Pope Pius X in 1890. Bakhita’s relationship to Christ and the Church matured and deepened and by 1896 she was ready to become a Canossian sister herself. She spent the rest of her life in convent in Schio, in northern Italy, in 1902. She was beloved by the townspeople, especially during World War II when she comforted so many, and came to be known as nostra Madre Moretta, our black mother. She died on this day, 8 February, in 1947.

Bakhita’s humility and strength are told in her response to a young student who asked her, “What would you do, if you were to meet your captors again?” “If I were to meet the slave-traders who kidnapped me and even those who tortured me, I would kneel and kiss their hands, for if that did not happen, I would not be a Christian and a Religious today,” she said. If Bakhita could see God’s hand at work even in her enemies, she could, like the Good Samaritan, declare with authenticity that every human being is made in the image of God, made for greatness, so that even if they have ‘Made in Australia’ or ‘Made in Sudan’ marked on their bodies, they have ‘Made for Heaven’ inscribed on their souls.

Every human being is made to think and feel and choose, for the good, for communion, for God. The enslavement and trafficking of people is against people’s God-given dignity and against God’s plan for human freedom, indeed a defilement of that dignity and a theft of that freedom. Yet there are an estimated 40million+ modern slaves toady. And before we pat ourselves on the back about Australia, we must recognise that here are some thousands in our land at this very moment. As the Church in Sydney and our many partners recommit today to doing what we can to eradicate the evil of modern slavery we confess that we are not yet doing all we could and should. As Pope Francis insists, we all face the temptation, at one time or another, to act in a manner unworthy of our freedom and to treat others in a way unworthy of their dignity. We all face the temptation of the Robbers to violence and theft of brutal or more subtle kinds. We all face the temptation of the Priest and the Levite, to look the other way. We all face the temptation of the first hears of this tale, to dismiss the Good Samaritan as a do-gooder who too readily violated divine law and civil custom.

We all face such temptations, I dare say, but we must not give in to them. The victims of modern slavery and human trafficking are beaten and bruised, lying on the side of the road, crying out for help: do we pass them by, or will we pick up wounded humanity and take it to the inn?