HOMILY FOR MASS FOR THE FEAST OF ST. FRANCIS OF ASSISI + OPENING OF THE IGNITE YOUTH CONFERENCE 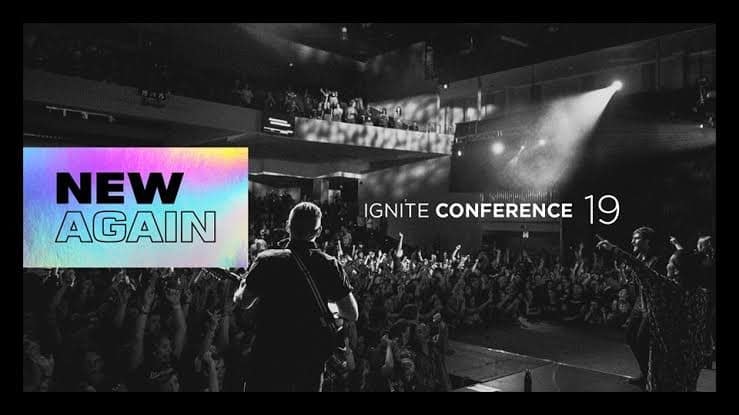 The 13th century was a great one for saints. There were some exotics such as Isfrid of Ratzeburg, Artaldus of Savoy, Engelbert of Cologne, Adolf of Osnabrück, Isnard of Chiampo, Hyacinth of Poland, Theobald of Marly and Bona of Pisa to name a few: any young parents-to-be here today might like to pick one of those great names for their kid! But there were also some better known saints, such as St Dominic the most famous preacher, St Thomas Aquinas the greatest ever theologian, St Bonaventure the theologian and mystic, St Simon Stock the great friend of Our Lady of Mount Carmel, St Albert the Great the patron of scientists, St Clare the greater pray-er and St Anthony the miracle worker with a knack for finding lost keys! Yet undoubtedly the most universally loved saint of that century of saints was St. Francis of Assisi, whose feast we celebrate today.

Born in 1181 in Assisi, that most special place, young Franky was the spoilt child of a rich family. In his teens he followed the common course of rebelling against his parents, teachers and Church: if only there had been Ignite Conferences around in those days to keep him connected! By all accounts he was a witty, engaging, fashion-conscious playboy, interested in nothing but fun and expensive fun at that: he was nicknamed “the very king of frolic.” Yet he was deeply attracted to the romance of courtly love, with its troubadours, knights in shining armour, and damsels in distress… an attraction that first expressed itself in series of pub brawls and then by Francis joining the local army to try his hand at bigger fights, all of which he lost! In one of these battles he saw an old warrior poorly clad, and becoming suddenly ashamed of his fine armour, the young Francis stripped off his clothes – Francis was to become an habitual streaker – and swapped with the old knight. So began a gradual process of conversion…

Troubled by sickness and nightmares, he returned home. His friends assumed he was love-sick, but when his friends asked who the lucky girl was he answered ‘Lady Poverty’. He made a pilgrimage to Rome where yet again he stripped and exchanged his expensive clothes with those of a beggar on the steps of St Peter’s Basilica. These days he’d be arrested by the Swiss Guard, but in those days it was thought to be holy, and so he spent the rest of the day begging, putting what he got into the poor box at the Tombs of the Apostles, before returning penniless to Assisi.

An encounter with a repulsive leper whom he later realised was Christ led to an even more dramatic change of lifestyle, including frequent hospital visits, ministering to the sick, and praying long hours. In San Damiano he heard the figure on a crucifix speak to him. Again, these days we’d probably sedate him, but in those days mystical experiences were respected… Three times the corpus said: “Francis, go and rebuild my Church, which is falling down.” It took Francis a while to realise the message wasn’t about a particular building but about the whole Church. In the meantime he set about restoring a local church, becoming a sort of thirteenth century version of The Block or House Rules or perhaps the Netflix series Restoration Australia or Grand Designs Australia.

His Dad beat him, locked him up, disinherited him in an attempt to stop him throwing his life away on an imaginary vocation, but nothing worked. Francis adopted his by-now-usual tactic of selling his clothes to repay his debts and appeared naked before the Bishop, who was finally convinced of his fervour… And so began Francis’s mission of repairing the Church by establishing the Franciscan movement as a group of little brothers or friars minor, as he called them, committed to preaching through poverty and fraternity, with a childlike trust in providence.

Now, I’m not recommending anyone here adopt Francis’ habit of stripping – apart from anything else, you’ll be arrested! But I think there’s something in the life of this passionate young man that’s worth reflecting on as we begin this four-day conference packed full of keynotes, workshops, rallies, hubs and the rest.

First, Francis was passionate, about his ideals, God, people, as you are. He was persistent, taking his time to discern God’s will for him and persevering, even when he got things wrong, even in peril. Having experienced deep conversion to a loving God known in Jesus, and deep concern for God’s Church that was in such a state of disrepair, he pledged himself to Him. He was committed. During these four days together, my young friends, I hope you have some great experiences, make new or deeper friendships, allow God to ignite the flames of faith, hope and love in your hearts. That’s what you need if, like the adolescent Frank, you are to be passionate, persistent and pledged. If ever the Church needed Restoration Australia or Grand Designs Australia it’s today; if ever it needed young people’s passion, persistence and pledge applied to rebuilding the Church it’s right now.

But what about when you return home? It’s easy to go to Mass, to explore your faith in depth, to commit to action for justice and compassion, when there’s a whole crowd of other young people around doing the same thing. But when you return to your normal life your beliefs might not be as well encouraged. Many aspects of contemporary society, the pop culture and the twitterverse are less than supportive. Like young Francis, whose friends thought he was crazy and whose Dad disowned him, you might sometimes find faith and idealism rather lonely.

Yet Francis never gave up. If anything his faith was strengthened through hardship, because he was convinced he was being sustained by a loving God and that it was God’s work he was doing. He founded the great Franciscan and Poor Clare orders, a movement that has made a huge difference in our world. His own personality has inspired millions, even outside the Catholic Church. He even became the name-saint of a Pope. So don’t be afraid to stand up for what you believe in, to let your light shine out into the world, like St Francis did!

Don’t be afraid of making mistakes either. When the crucifix told Francis to ‘rebuild my church’, he spent months fixing an old run-down chapel – before he realised that wasn’t even close to what Christ had meant! But even though he had misunderstood, that wasn’t time wasted, because it brought him the first of his followers. Christ can bring good, even out of our mistakes.

There is so much to be said about this most romantic of saints: nature-lover, poverty-lover, church-lover; hermit, missionary, founder; mystic, nudist, stigmatist; poet, friar, saint… During your days together I invite you to let the story of his gradual conversion to perfection move and encourage you. Francis found in poverty the childlike freedom to appreciate the beauty of creation, of human beings, and of the Creator of both. He found in compassion the inspiration to actively assist the poor and suffering. And he found in prayer the power to do great things for God. St Francis of Assisi, pray for us!

INTRODUCTION TO MASS FOR THE FEAST OF ST. FRANCIS OF ASSISI + OPENING OF THE IGNITE YOUTH CONFERENCE ‘NEW AGAIN’

Welcome to the opening Mass for the 2019 Ignite Conference ‘New Again’! This is the first time this conference has been held in Sydney, and we thank the organisers for daring to share their great event with those South of the Tweed River! On behalf of the Church of Sydney I welcome all our visitors. And I’m very pleased to see so many young faces from Sydney and beyond here today: a very warm welcome to you all!