HOMILY FOR MASS FOR THE EPIPHANY OF THE LORD + WYD COMMISSIONING 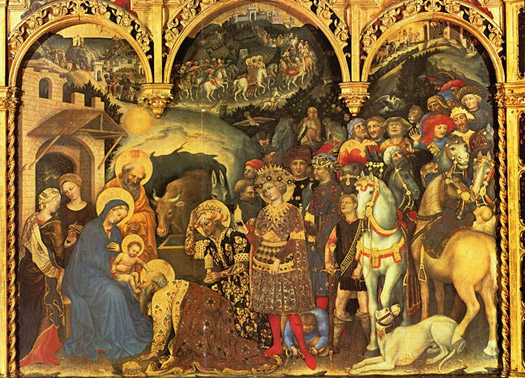 
The arrival of the Magi, who wanted to venerate the new kid on the block, and who were using a comet as their sat-nav, caused quite a stir. The old king Herod was so frenzied by the thought of a rival that he set about massacring babies, thereby forcing the Holy Family to flee as refugees. (Mt 2:1-12)

Who were these strange ‘Magi’ who caused such a fuss? They are usually called wise men or kings in English. But the Greek word magos is the root of our word magician: magi were people with occult knowledge and strange powers. In chapter 8 of the Acts of the Apostles we read of a Samarian magos named Simon, who bewitched the crowd and tried to buy the Holy Spirit from St Peter – before coming to a sticky end.  It is from this story that we have our word for buying and selling holy things: Simon-y.

So Magi were occultists. Our guys were probably astrologers also, as they followed a comet to Bethlehem. Many in the ancient world invested in the stars – and the spirits that moved them – great power over human history and individual lives. When the ancients suffered a natural disaster, accident or damage at the hand of another, their explanation was commonly that it was “in the stars”, the sport and punishment of capricious gods.

Have we made any progress in our thinking since then? I think so, and I think it is because of the coming of Jesus, the infant king of the Jews. Christians have no immunity to tragedies or to the questions they occasion or the feelings. But we know that God  does not treat us as playthings on which to vent his caprice or cruelty. It is precisely because God takes us so seriously, as free agents with almost-divine intelligence and affections, that He puts us in a world subject to laws of nature. If there were no such natural laws, if nothing were certain or predictable about the world, if God were constantly throwing the dice and subverting the course of nature, we would indeed be puppets of the gods and slaves of the cosmos…

But we are not. We can make free choices against the background of the logic of the universe, including the weather, gravity, time and the rest. Though God can and sometimes does intervene miraculously – and we are probably unaware of many times He does – yet we can only live in this world, making plans and seeing them through, because we know the laws of nature are not suddenly going to change. We can trust that we won’t wake up tomorrow and find gravity has been abolished or that we have turned into a spider.

Though God doesn’t directly cause natural disasters, He does normally let nature run its course. But what about the ’unnatural’ evils, the man-made ones – like the Herods of this world killing the innocents, or civil wars driving young adults or holy families out of their homelands, or terrorists bombing people as their regular Christmas sport, or friends dying of drugs or car crashes or suicide? So many evils in this world are caused, not by God or the weather or the stars, but by human beings, wicked, selfish, uncaring or simply depressed. And so we might wonder sometimes: was it worth God’s great gamble giving us free will, a natural universe, and power over ourselves and each other?

Like the Magi, we are all seekers, we have our questions. But what they faintly understood was where to bring those questions: to One who knows all, as only God can, yet One who experiences all, as only a human being can. The babe of Bethlehem experienced the limitations of human life, including the poverty of a stable and fear of an asylum-seeker. As His life goes on, He will confirm that God does not will such evil and we need not be its slaves. Rather, God in Christ suffers with us and Christ in God conquers for us, even through the hard or bewildering times. He promises us His providence in this life and resurrection in the next. The Magi’s searching and ours comes to its conclusion in Jesus, the Alpha and the Omega, the Question and the Answer to our pilgrimage and prayer.

There is more that the Magi’s journey to Christ can teach us pilgrims. In our first reading Isaiah prophesies the bright light of the Bethlehem star will be sought by kings on dromedaries, with gold and incense (Isa 60:1-6). In our second reading Paul says this means the mystery and inheritance previously open only to Jews would now be open to all (Eph 3:2-6). And our Epiphany Gospel describes the arrival of these foreigners, after the ordeals of their pilgrimage. Though from far away, they too could be part of the Christmas family, joining the parents, angels and shepherds at the first Christmas party. No more Jews versus pagans, insiders versus outsiders: on this earthly pilgrimage we are one human family in search of light, of peace, of the infant King!

Matthew doesn’t tell us how many Magi there were. In the early Church some thought there were many more than three. But because only three presents are mentioned in the Bible, people came to think there were three gift-bearers. Eventually they were given the names Balthasar, Melchior and Gaspar. In art one was often white, one yellow and one dark-skinned, representing Europe, Asia and Africa, all the then-known world. The first was old, the second middle-aged, the third young, so that representatives of every age brought their gifts. The first brought gold: a strange present for a baby, but this wise old man recognized Jesus as king of kings, the one most worthy of all that is precious, and especially of this symbol of authority. The second, middle-aged seer offered frankincense, the stuff of the cult, of prayer and sacrifice, an even stranger present for baby: but this wise middle-aged man recognized Jesus was not just King of Kings, but Lord of Lords, a priest of God, maybe God himself.

There is one more wise man and he was a young one like our two hundred plus World Youth Day pilgrims present here today to be commissioned to go to Panama. Some of you might know an old, rather irreverent film, The Life of Brian (1979), in which the magi come upon a mother and babe, fall to their knees and offer their gifts. Unfortunately, they have picked the wrong woman and child. Instead of Mary, they find a greedy old hag who responds: “Myrrh? What’s myrrh? It sounds like some kind of animal to me. Something with horns… Just gimme the gold then!”

Monty Python’s figures are not the Jesus and Mary of our faith; but they highlight an important element of our story. If these are unusual gifts for a baby, the funeral spice myrrh is surely the strangest of all. Yet in the Christmas carol, We Three Kings, after the old and middle-aged magi have sung their verses, the teenaged king sings his:

Myrrh is mine; its bitter perfume,
breathes a life of gathering gloom:
sorrowing, sighing, bleeding, dying,
sealed in the stone-cold tomb.

My young friends, soon to leave on pilgrimage to World Youth Day: the youngest of the three magi best guessed what Jesus was about! You come, like him, with your questions and guesses. You are not followers of stars but of Christ the true light. You are about to embark on a journey across the world to bring Jesus something more precious than gold, incense or myrrh: the gift of your hearts and minds, your talents and limitations, your very selves. Be ready to give Him all that you are, so you may return to our land as the bright stars we need, shining with the light of Christ.

My thanks to you all for taking part in our Epiphany Mass today. I renew my thanks to the parents and families, teachers and school mates for helping them fundraise and prepare for the pilgrimage, and to the chaplains and leaders who will guide them. To the young people of Sydney about to embark on their pilgrimage to World Youth Day, know that Pope Francis, the people of Panama and the young people of the world can’t wait to meet you! But even more importantly, Christ Himself is waiting to receive you and your gifts at the end of your pilgrimage. Follow His light: let it guide you to Panama and beyond, so you may return ready to shine like Him! I invite all our WYD pilgrims now to stand to recite the WYD prayer.

INTRODUCTION TO MASS FOR THE EPIPHANY OF THE LORD + WYD COMMISSIONING 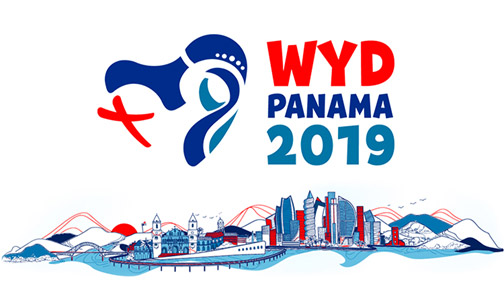 A warm welcome to you all to this Solemn Mass at St Mary’s Cathedral for the Feast of the Epiphany of the Lord, and all the blessings of this new year of grace 2019. Though our choir is in Summer recess at this time, we have many other young people present, as I will today be commissioning the Sydney pilgrims to World Youth Day in Panama. My thanks to their parents and families, teachers and school mates for helping them fundraise and prepare for the pilgrimage. Concelebrating with me today are Bishop Richard Umbers and the several priest chaplains to our WYD pilgrimage. A special welcome to the young adult pilgrims being led by the Sydney Catholic Youth Office and the school-aged pilgrims being led by Sydney Catholic Schools. I must say I’m looking forward to joining the Holy Father, the youth of the world, and all of you in Panama!

The sight of so many young people reminds us that our God and our Church are ever ancient and ever new. As today we remember the first wise ones to set out on pilgrimage, to discover God in the infant Jesus, to fall down in adoration and give Him their all, we repent of the times we’ve failed to live our faith with similar enthusiasm.