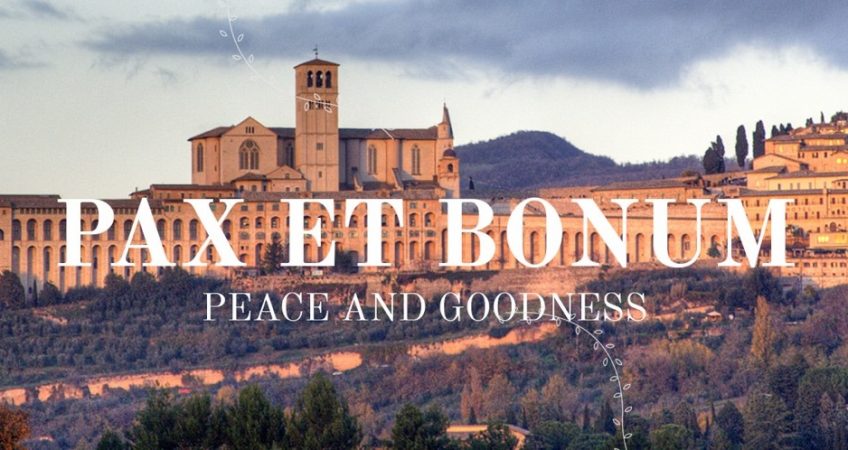 The American sit-com How I Met Your Mother follows the lives of five close friends: Ted, Barney, Marshall, Lilly and Robin. One episode, not long after Barney and Robin break up, involves them all learning, one by one, that Robin, whom they all thought had moved on, was still deeply hurting. As each one learns the truth, we flashback to them joking together about Barney returning to his womanising ways. The humour is found in their reaction: as each one learns Robin’s true feelings, they tell another, acting as if it were obvious to anyone to see.

The apostles are more than a bit like that. Having refused to believe the reports of the holy women (Mk 16:10-11; Lk 24:10-11; Jn 20:18), they were also slow to believe the evidence of their own eyes when Jesus appeared to them – so slow, in fact, that Jesus had to instruct them at length and eat with them to prove He was no ghost (e.g. Lk 24:13-43; Jn 20:19-23). Yet when poor Tom returns in chapter 20 of John’s Gospel (Jn 20:24-31), the others carry on as if it were self-evident that Jesus had risen and dub him forever after as ‘doubting Thomas’, the one that was slow to believe. Famous as Thomas is for having said in verse 25 that he would not believe till he’d seen the holes in Jesus’ hands and side, we can forget that only five verses earlier, when Jesus appeared to the others on the first Easter Sunday, He showed them His hands and side (Jn 20:20). Only then, according to John, were the disciples “glad to see the Lord”. So if Thomas was obstinate or sceptical, he was not alone: like the characters from How I Met Your Mother, it seems there wasn’t much difference between him and them…

So why all the attention to Thomas? After all, that he was absent on Easter Sunday while the others were cowering in a locked room ‘for fear of the Jews’, suggests he was, if anything, the bravest of them – a point to which I shall return. Well, perhaps it was because Thomas’ absence would provide the opportunity for the Risen Lord to teach His disciples and us some important things. For one thing, the emphasis on the holes in hands and side helps underline important points about our own resurrection. Jesus could have returned perfected, as His was now a glorified body. But He wanted us to be sure it was Him, to be sure that the Him who it was, was both continuous with the Jesus they’d known and yet now so glorious, He is no longer confined by space and time. Thomas was right to demand some proof of this!

Secondly, Jesus teaches us that we bring with us to the afterlife all that is best in our earthly existence, while first being purged of any sins and inadequacies. For Jesus to rise with His wounds is actually part of His glorification: for these are the tattoos of His obedience to the Father, even unto death on a Cross, and of His love for us, having laid down His life for our salvation. In His resurrected state He was hard for unglorified eyes to recognize. Mary Magdalene mistook Him for a gardener and Cleopas and mate for an ignorant wayfarer en route to Emmaus (Jn 20:14-15; Lk 24:13-35). But with His tats, with His ANZAC medals as it were, we can be sure not only that it is Him but that His dying and rising was for a purpose, for a person, for us.

Thirdly, where Thomas erred more than the others, was not in insisting on evidence, as they did. No, Thomas’ failure was in insisting on more even after he had received the testimony of the apostles, the teaching of the Church. He should have known he could trust their testimony, their scripture, their magisterium. That is why John ends his passage today by saying “These things are recorded in this book so that you – the readers – may believe.”

And fourthly, when Thomas is finally presented with the evidence he demands, he utters that simplest and most heartfelt of creeds and prayers: ‘My Lord and my God.’ Jesus’ response, his final beatitude, that “Blessed are those who have not seen and yet believe”, might seem to criticize Thomas for only then believing in the resurrection. But as St Gregory the Great pointed out, Thomas is really being praised for leaping from belief in the resurrection of Jesus to belief in His divinity: that leap of faith from evidence of the man who can be seen to that of the God who cannot.[1] “These things are recorded in this book,” John explains, so that you guys in Sydney today “may believe that Jesus is the Christ, the Son of God, and by believing have [eternal] life.”

There are many tales of what ultimately happened to St Thomas on the way to eternal life. If he was the only apostle to brave the streets of Jerusalem after the crucifixion, that same courage took him further than any other apostle in proclaiming His Lord and God – all the way, in fact, to Southern India. By as early as the 5th century there is evidence that his church, the ‘Thomas Christians’ as they came to be known, had brought the faith to Sri Lanka. And there, on Easter Sunday last, many gave the testimony of their blood to faith in Christ Risen.

So Jesus wasn’t singling Thomas out to rebuke him but so as to teach us. The Secular Franciscans, who are having their celebration today, profess an ‘evangelical’ life, that is, one inspired by the Gospel of Jesus Christ, by the ‘evangelical counsels’ of chastity, obedience and especially Holy Poverty, and by preaching that Good News by deeds and, if needs be, words. Inspired by the life of the Franciscan family, they take this inspiration out to the world of family and work, culture and leisure.

Of course such inspirations require regular renewal. From the thirteenth century onwards, St Francis and St Clare, their sons and daughters, with the aid of many bulls from popes, have founded and reinvented the Franciscan rule. The renewed rule of the Secular Franciscans approved by St Paul VI is in continuity with those rules of the past, and might be called the ‘new, new, new, new rule’! New rules, come in from time to time in football too, but it’s the same game. The same old and now renewed game for you secular Franciscans must be to be a canvas for the face of Christ, indeed for His glorious stigmata. My brothers and sisters, on this special occasion I thank God for the ways you show forth the love of our Easter Saviour. I pray that God will send many vocations to the Franciscan family of priests and brothers, nuns and sisters, lay women and men, all stars and saints in the making. Happy Anniversary!

Welcome to St Mary’s Cathedral for the Solemn Mass for Low or Divine Mercy Sunday – the day which completes the eight-day long Easter ‘Day’. We gather after a week of celebration but also of mourning after the Easter Sunday bombings in Sri Lanka. Today we commend to Almighty God the souls of the 253 or so people who died, many of whom were attending Easter Mass. We ask for healing for the hundreds of survivors who were injured and traumatized, and for consolation for the grieving. And we intercede for peace and security for the Sri Lankan people, and indeed for people of every nation.

Today we also celebrate the 40th anniversary of the approval of the ‘new’ rule of the Secular or Third Order Franciscans. Franciscan ‘tertiaries’ are sometimes diocesan clerics, but mostly lay men and women who follow the charism of St Francis, engaging in works of prayer and service in arenas such as ecology, social justice, peace, family and youth. With their emphasis on prayer and service, it’s unsurprising that the Secular Franciscans have had more than a few stars and even saints, such as the Italian writer Dante, the sculptor Michelangelo, the painter Raphael, the author Cervantes, the composer Palestrina, the pianist Franz List, the explorer Christopher Columbus, and the pope-saint John XXIII! To the current aspiring stars and saints of the Secular Franciscan Order here this morning, a very warm welcome.

So, too, to the rest of you, visitors and more regulars! That we might rise this Easter Day from the tombs of our sins to new life with Christ, let us repent of our sins…