The Annual Mass For Consecrated Life 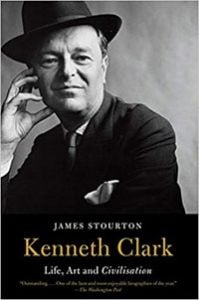 When the great art historian, museum director and broadcaster, Kenneth Clark, finally entered the Catholic Church on his deathbed, he fulfilled an earlier prediction. He had said that when that time came it would be like a painting entering the Louvre: “It would find itself in some pretty queer company, but at least it would be sure that it had a soul.”

Something similar can be said, I think, about that particular version of Christianity that is consecrated life. We’ve all heard the joke that the three things that the Holy Spirit doesn’t know are how many congregations of religious women there are in the world, how much wealth the poor Franciscans really have, and what the Jesuits are thinking – though the last two may be the same. But the fact is that we know that there are about 880 male institutes of consecrated life and over 1400 female ones. The Official Directory of the Catholic Church in Australia estimates that there are 1,063 religious clergy in Australia (with 252 of them in this archdiocese), 4,166 religious sisters (851 of them here) and around 689 brothers (175 of them in this archdiocese). Amongst these congregations and societies there’s a wonderful variety of charisms: monks and nuns, canons and canonesses, mendicant friars, clerics regular, apostolic religious women and men; some devoted to works of worship and prayer, of education, health or aged care, caring for the poor or homeless; some ‘ye olde and molde’ like the Dominicans, others so new no-one’s quite sure what they are; some promoting long-developed spiritualities and others with devotions you’ve never have heard of. If you visit the Istituto Maria Santissima Bambina next door to St Peter’s Basilica in Rome, you find an order that offers hospitality to pilgrims and is devoted to the Virgin Mary as a Baby!

Perhaps it’s the mystery, variety, dress and other oddities of our orders that explains the endless fascination of the cinema for nuns in particular. We think of classics like The Bells of St. Mary’s (1945), Black Narcissus (1947), Heaven Knows, Mr. Allison (1957) and The Nun’s Story (1959), alongside less classic pieces such as Lilies of the Field (1963), The Sound of Music (1965), The Trouble With Angels (1966), Agnes of God (1985), Nuns on the Run (1990), Sister Act (1992), Sister Act II: Back in the Habit (1993), Dead Man Walking (1995) and Doubt (2008). And of course, there were the TV series The Flying Nun and Brides of Christ. Only last Friday Pamela Hutchinson had an article in the Guardian on “Why the film world loves nuns”.[1] Whatever the comedy, tragedy or titillation that these different films wring out of their nuns’ stories, it is noticeable that at the heart of most is a focus on the religious calling – its discernment or difficulties, its departures or determined stayers and their heroic lives. Beneath many of these films there seems to have been a deep respect, as if the film-makers had known inspiring religious or were genuinely moved as they got to know them in the process of researcher or making their film.

As I’ve told you before, growing up in 1960s and 70s Sydney, I fell under the influence of the North Sydney Mercies, whom I got to know through my great aunt, Sr Mary Carmel Fisher rsm, and her dear sisters at the Mater Hospital, along with Srs Eucharia and Paschal who taught me at St Michael’s Lane Cove; as well as the Josephites who taught me first at St Therese Lakemba. Patrician Brothers and Jesuit fathers also had a go at educating me, but the sisters got to me first. But one part of the story I’ve not previously averted to is that soon after the Sound of Music came out it became the favourite musical film to take Catholic children to for birthday parties. I saw it at least five times in the early sixties, and not a few times thereafter. Even though the central character left the convent, and the film was full of caricatures and more comedy than tragedy, the religious came out overall as heroic and songs like Climb Every Mountain stuck in my head, with its encouragement to search for one’s vocation and pursue it. Indeed Mother Abbess explained that whatever our Christian vocation it is

“A dream that will need

All the love you can give,

Every day of your life

For as long as you live.”

Well, now I’ve confessed to the rather sentimental influences on the earliest stirrings of my vocation, let me say that in my maturity I am more convinced than ever that consecrated life is vital to the Church’s spiritual health. Without the contemplative prayer and active apostolates of religious, their creativity and dynamism, and the example of their sheer devotion to God and His people, our Church is the poorer. Though some think of religious life as an optional extra, even a luxury, it seems to be that the Second Vatican Council was right to insist that religious life “undeniably belongs to the Church’s life and holiness”.[2] A decline in consecrated life comes at a real cost to the Church’s contemplative life, apostolic effectiveness and overall piety. 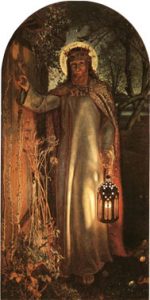 What the old films about women religious mostly got right, for all their romanticism or other agendas, was the sheer dedication, determination, perseverance, it takes to stick it out. In ordinary people we might call it stubbornness but in saintly nuns it’s called single-minded devotion. We’ve all known times when it might have been easier, more humanly attractive, more worldly wise, to abandon ship. Yet we stayed. You stayed. And I pay tribute to that, as the Lord does in today’s Gospel passage (Jn 15:1-8), to those who continue to bear fruit, often abundantly, despite the regular pruning of our ambitions, comfort, perhaps dreams.

Many of you will know the English Pre-Raphaelite painter William Hunt’s famous painting The Light of the World which captures Christ saying in our first reading today ‘Look, I am standing at the door, knocking, if one of you hears me calling and opens the door, I will come in.’ (Rev 3:14,20-22) Jesus is portrayed standing outside at twilight, with a lamp that announces Him as the Light. The door has no handle on the outside, and so can only be opened by the householder within. Much has been made of this piece, but I think it captures something about the truth of our consecrated life: that whatever the promptings of the Holy Spirit, the knocking of Christ at the door, it is we who must answer the call, and not once only, but again and again opening the door to Christ, opening the door of education to the likes of young Anthony, opening the door of hospitality to pilgrims like the Santissima Bambina nuns do, opening the arms of the Church to the searching and the dying like Kenneth Clark. From the bottom of my heart I thank you for the doors you have opened to God and to others. God bless you and your fellow religious always!

Welcome to St Mary’s Cathedral for the Annual Mass for Consecrated Life. Today we give thanks for the significant contribution that men and women religious have made here in Sydney, pray that God will grace us with new vocations and new forms of religious life, and call for a renewed culture of vocations in our homes, schools, parishes and beyond.

In particular I would like to acknowledge those present from the various congregations, including the Charities, Christian Brothers, Columbans, De La Salles, Dominicans, Good Sams, Josephites, Little Sisters of the Poor, Marists, Mercies, OLSHs, Our Lady’s Nurses for the Poor, Passionists, Sister Disciples of the Divine Master, and Sisters of Reparation. I acknowledge also my Auxiliary, Bishop Terry Brady, and brother priests concelebrating with me today.