Homily for the Annual Memorial Mass for the Unborn

Welcome to this evening’s annual Archdiocesan Memorial Mass for the Unborn. Tonight we mourn around 82 unborn children killed today by abortion in New South Wales, as there are every day, and so after Holy Communion we will have a procession of 82 candles to symbolise those lives lost. It’s a chance for the Archdiocese as a whole and each of us individually to mourn and intercede for these little ones who never got to see the light of day and to pray also for their families, doctors and community so damaged in the process. We join bereaved mothers and fathers, offering forgiveness, love and support.

I am pleased to acknowledge Archbishop Julian Porteous of Hobart, former Auxiliary Bishop of Sydney and long-time champion of life; concelebrating clergy; Mr Chris Meney, Chancellor of the Archdiocese and the Director of our Life, Marriage and Family Centre, with his staff; Mr Anthony Cleary, Director of Religious Education of the Catholic Education Office, with staff and students from Catholic schools; representatives of pro-life and pregnancy support organisations; university students and other faithful. A very warm welcome to you all! 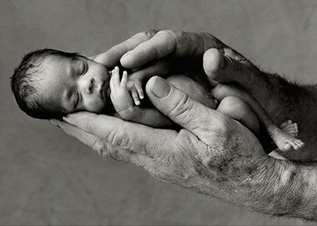 Recently I celebrated the Annual Mass for Pregnant Mothers here at St Mary’s Cathedral. A joyful occasion, it brought women from all over Sydney to receive a blessing for themselves and their unborn children in a celebration of life and love. I preached on the beauty and witness of what they were doing and thanked them on behalf of the Church as they embark upon the journey of motherhood. Most were very evidently beaming about being fat with child, willing to witness to this to our world and encouraged that they are blessed by God and honoured by our Christian community. Some were weeping as they came up for the blessing: in some cases, perhaps, tears of anxiety, loneliness, feeling unsupported; for some, the tears that come with mixed up hormones and emotions; but for others, no doubt, tears of joy and being overcome by the mystery of new life.

One man in attendance, who had been moved by the beautiful Mass, was confronted the very next day with a distressing scene. Outside a city abortion clinic he saw a woman crying, leaning her head dejectedly against the clinic wall, her male companion standing nearby, apparently unsure of how to best comfort her. 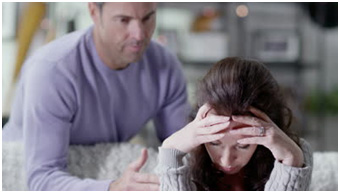 The juxtaposition in our city between celebration and desolation regarding new life is very marked. On the one hand, we have pregnant mothers with babies in their tummies surrounded by congratulations and support; on the other, clinics ready to abort their babies even if this condemns them to a life-time of unspoken grief for the child they never knew. The woman leaning her head dejectedly against the clinic wall should have been given every encouragement and support by our community. But odds are she felt judged, lonely, abandoned, even by the man who accompanied her to the clinic. At some level she may have felt that there was a contest not just for her happiness, but between her very life and that of the one growing within her; that one or other was doomed to die and that her life, opportunities, relationships did not have room for both. To such a woman our society says: it’s all up to you; it’s a matter of choice; have the baby or have the abortion, we don’t care; but if you go ahead with the baby you’ll largely have to go it alone. Many a woman feels she has no real choice.

In a few weeks’ time we’ll celebrate the golden jubilee of Gaudium et spes, the Second Vatican Council’s document On the Church in the Modern World. In a section entitled “Fostering the nobility of marriage and the family”[1] the Council focused on the importance of that institution, the dangers of messing with marriage, the challenges of living family life today, and the need therefore to support marriage and family. This was not just some theological nicety: at the very dawn of the social and sexual revolution that would rock the later 1960s and beyond, the Council was moved to insist that the good of spouses, children and communities depends significantly upon the health of marriages. God Himself “endowed marriage with various benefits” and “ordained it for the procreation and education of children”. So couples must be ready “to cooperate with generous hearts with the love of the Creator and the Saviour who through them enlarges and enriches His family day by day.” The Council went on to praise the generosity of parents, to teach about responsible parenthood, and to warn against an anti-life mentality that would prevent children or, worse, kill them after they have been conceived or born ¡V what the Council Fathers described as “unspeakable crimes”. They called upon the whole Church not just to say NO to abortion, but to take a positive stance of supporting women and families, especially through the tough times. 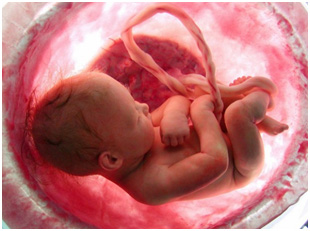 Sadly, modernity did not embrace the Council’s vision for family support. Instead, half a century later, we have become accustomed to something like 40 million abortions around the world each year.[2] The effects have been devastating: the deaths of unthinkable numbers of innocents; damage to the psyche and relationships of so many women; population implosion in many Western countries; near impossibility for infertile couples to find children to adopt; the compromising of healthcare practice, politics and law.

What does God have to say about all this? Well, first of all, that the blood of innocent Abel cries out from the ground to Him. He will never condone the killing of the innocent. Nor will He forget them. He will vindicate them. That’s why Catholics dare pray that these little ones are now in the hands of God.

But our God is so much more a God of YES than of NO. It is not just “Thou shalt not kill” but, time and again, the call to be positive about life and love and so to care for the little ones: the widows and orphans, the pregnant woman and her baby, the refugees from persecution, including the persecution in the abortion clinics. And so if the primary victims of the sin of abortion, the babies, go into God’s loving embrace as we hope, is there hope also for the ‘secondary victims’, the women who have had the abortions, and the fathers, professionals and cultures complicit in all this?

Our epistle recalls Saul’s personal history of persecuting Christians but then realizing what he had done, receiving God’s mercy and becoming Paul the Apostle (1Tm 1:1-2, 12-14). Preaching from experience, Paul taught that there is nothing so wicked that cannot be forgiven, cannot be healed. In preparation for the forthcoming Extraordinary Jubilee Year of Mercy, Pope Francis recently announced that absolution of the sin of abortion ¡V normally reserved to Bishops ¡V would now be permitted to priests, so that it is easier for those who have procured abortions and are contrite to seek forgiveness. In Australia we’d already given that faculty to priests years ago, but there are parts of the world that are less forgiving. Pope Francis made it very clear he was not diminishing the “tragedy of abortion”, its profound injustice and the “extreme harm” it causes; but, as a good pastor, he is conscious of the pressures on many pregnant women, the “existential and moral ordeal” they suffer before and after abortion, the scars it leaves on human hearts; he is convinced that, paradoxically, it is only by facing up to the truth of abortion that we can receive mercy and regain hope. [3] 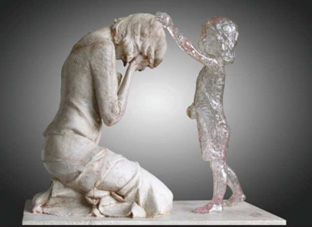 As well as the fiftieth anniversary of Gaudium et spes we celebrate this year the twentieth anniversary of Evangelium Vitae, St John Paul II’s great encyclical on bioethics. In it he offered this consolation to women who have had an abortion: “The Father of mercies is ready to give you his forgiveness and his peace in the Sacrament of Reconciliation. You will come to understand that nothing is definitively lost and you will also be able to ask forgiveness from your child, who is now living in the Lord.”[4] To which Pope Francis says: hear, hear!

Christians are often accused of being judgmental, all too ready to condemn others; hypocritical, not fulfilling themselves the high standards they expect of others; and joyless, against anything that makes people happy. Yet the Jesus we meet in tonight’s Gospel wants none of that (Lk 6:39-42). We pro-lifers are called by Him and His Church not to wag fingers but to be ‘the people of life and for life’, ‘builders of an authentic civilization of truth and love’, preaching the Gospel of life, celebrating it in the Liturgy and our daily lives, and supporting people in making life-affirming decisions.[5] That includes, as the Holy Father insists, accompanying women “in very difficult situations”, instead of abandoning them to a ‘choice’ with no real options.[6]

Every day in NSW eighty-two babies are aborted. As we said earlier this year at the centenary of ANZAC Day and say again each year: we will not forget them. Tonight we also recognise those babies’ lives and the cost of their absence for mothers, families, professions, our Church and society. We have a shrine to the unknown soldier here in the Cathedral; perhaps it is time for a shrine for the unknown baby also. Tonight we pray for the peaceful repose of their souls, for the healing of all those damaged, and for a new civilisation of life and love.