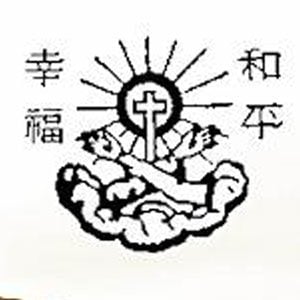 Provision of pastoral care for Asian-Chinese Catholics and spiritual welfare for Asian students. Australian Catholic Chinese Community (ACCC) is the umbrella organisation for:

It was formed in February 1989 and its main function is to coordinate the activities amongst our different Chinese Catholic communities. It is also known as the board of trustees and is registered as a religious organisation under the NSW Catholic Lands Act 1942. Currently, the board is working on the “Building-up Asiana Centre Project” to expand the amenities of Asiana Centre.

Asiana Centre Association was founded in 1973 by Fr. Paschal Chang to organise all the religious, social, educational and welfare activities for all people of Catholic Chinese background. These activities were all based in Asiana Centre, Ashfield. As the size of the community overgrew the capacity of Asiana Centre, the Chinese Catholic Pastoral Centre was established in St. Peter Julian’s Church in Chinatown in 1985 to take care of all church activities similar to a parish. Asiana Centre remained as the base of our community.

Sydney Catholic Chinese Mission was established by Fr. Paschal Chang OFM and Fr. Leonard Hsu OFM in 1954 upon the request of the late Cardinal Gilroy. At first, Mass was held at the basement of St. Mary’s Cathedral. Subsequently, it was moved to Asiana Centre, Ashfield. Since the community outgrew the capacity of Asiana Centre, so in 1985 the Chinese Catholic Pastoral Centre was moved to the present site of St. Peter Julian’s Church which is located at Chinatown, Sydney.

Our community was established in 1/4/1990 by Fr. Paschal Chang. Our first Mandarin Mass was celebrated at Sacred Heart Church, Cabramatta. Only a few families attended the Masses in the beginning. Later, Fr. Anthony Huang OFM was involved in our pastoral work. With the help of Srs. Chang and Lin, our community doubled in size in a year. At present, we have more than three hundred members in our community with an increasing number of catechumens.

This organisation is not a service of the Archdiocese of Sydney. Please direct any query to the organisation directly.