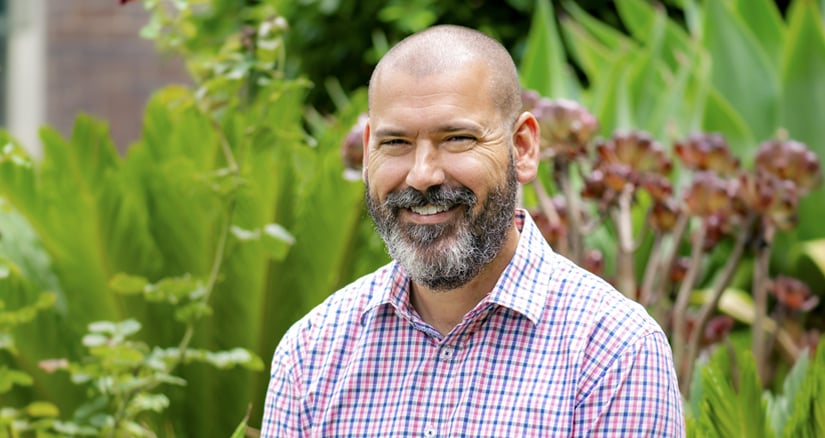 My name is Ivica Kovac and I’m new to the Catholic Archdiocese of Sydney in the Life, Marriage and Family Office for 2022. After the great work of my predecessor, Chris Da Silva I’m looking forward to continuing the very important work of Men’s Ministry and expanding the MAXIMUS brand. I hope to meet many of you throughout the year and you can reach out anytime by contacting me on 0403 201 444 or ivica.kovac@sydneycatholic.org

Why I’m passionate about Men’s Ministry and why is it so important?

Sadly, suicide is the most common cause of death for men aged 15-44, with 31 men in this age bracket taking their life every single week in 2020. It is estimated that there are 65,000 suicide attempts each year and more than 500,000 Australians have attempted suicide at some time in their life. Suicide Prevention Australia’s latest report clearly indicates the most significant risk to suicide rates over the next 12 months is: social isolation and loneliness, followed by unemployment, job security, family and relationship breakdowns. These are sobering statistics that unfortunately don’t look to be decreasing but rather increasing.

So as Proverbs 27:17 tells us to sharpen each other: “As iron sharpens iron, so one man sharpens another.” We are made for communion, we are social beings that thrive in community. Yes, we need time for the family, time to be alone but importantly we also need real authentic brotherhood. I will be compiling a list of all the ‘Men’s Groups’ in Sydney and would love to know about your group and contact details so in future we can better network and support each other. I hope and pray that together we can grow in authentic masculinity. I’m excited!!

So here’s a little bit about me and my journey!

I was brought up in a traditional Croatian Catholic home in Berala (Sydney’s west) with my parents and older sister. My father had left communism coming to Australia by boat in late 1969 without any money and not knowing a word of English for a better life and future.

My mother was brought out to Australia by my father in 1973. My parents first started communicating by writing letters to each other for a short time whilst my father was in Australia and my mother in Croatia and then asked her to marry him even though they had never met in person via one of his letters. So she said ‘yes’ after almost 49 years they are still alive and happily married!

My older sister Sylvia was born in 1974 and then I came along in 1977. We didn’t have much but we were happy. I remember starting school in 1983 at St Peter Chanel Catholic Primary School, Berala, not knowing a word of English. Vividly stuck in my memory is the kindergarten teacher asking me to draw a tree but I had no idea what she was talking about. And I still don’t know how to draw!

After marrying my beautiful wife, Marija in February 2002, I thought life could not get better but I was distant from God, I began struggling with some problems in life and deep down felt empty.

Like most married couples, the time came when we wanted to start a family but didn’t expect to be hit with fertility issues. After many tests and month after month visiting different doctors and specialists we were ultimately told that we would never have our own children. I remember the moment hearing those words like it was yesterday.

So for the first time in my adult life I was desperate and started to sporadically pray begging God to give us children. I was angry and thought that this was all unfair. Meanwhile, our cousins and friends all around us were having babies and I felt like, why us?

But I’ll never ever forget the promise I made to God which was, ‘I’ll do whatever You want if you grant us children. I meant it at the time but I did not understand the gravity of that cry to God until many years later.

Upon reflection it reminds me of Jesus’ cry from the cross: “My God, my God, why have you forsaken me?” (Mark 15:34) and how Jesus is quoting from the opening of Psalm 22. Jesus is not abandoned and does not despair but rather God (The Father) provides salvation and a fulfilment of the prophesy as we see and read on in Psalm 22. Therefore, my personal motto has become, Jesus I trust in You.

It was November 2004 and others in our community began to pray for our intentions as they saw our desperation. It was precisely at this time that a lady from our community asked my wife if she would be open to visiting the late, Fr Luke Newington in Hunters Hill to pray over her as he had the gift of praying in tongues.

This was all very foreign to us but my wife did go and Fr Luke said to not worry, go and see a Natural Family Planning Specialist (a doctor contact which he provided) and that my wife will conceive in February (2005). Subsequently, my first born son was born on November 5, 2005 and we now have seven beautiful children here with us and three lost in miscarriages. That’s 10 children, an absolute blessing!

There is a lot that has happened since that cry (promise) to God back in 2004 and one major impact was leading my wife and I to the amazing writings of St John Paul II’s ‘Theology of the Body’ which was a life (marriage) saver. We have been abundantly blessed with much healing that His love knows no limits and continues to flow like a river. I am eternally grateful.

I desperately want to share the good news with all those I come in contact with and from 2004 many saints have interceded and guided me in my journey and most recently St Joseph.

God Bless you and keep you all.

St Joseph, pray for us.

“The person who loves God cannot help loving every man as himself, even though he is grieved by the passions of those who are not yet purified. But when they amend their lives, his delight is indescribable and knows no bounds.” Saint Maximus the Confessor