DAD DIARIES #1: THE SCIENCE OF COURAGE 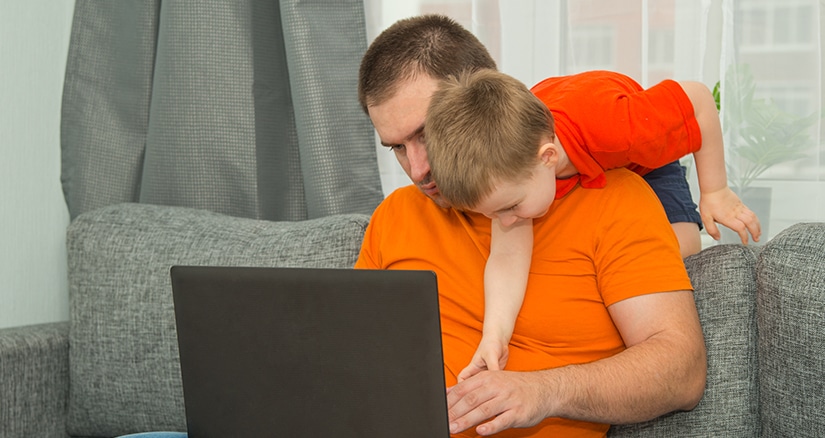 Last Sunday morning I went to pick my 16-month-old son, Athanasius (affectionately known as Acey) out of his cot, and found him drenched in watery poop from the chest down. In that moment it dawned on me that the person who popularised the not-so-family-friendly version of the saying ‘stuff happens’, was probably the parent of babies when they invented it.

And what I’ve learned in my brief two-and-a-bit years as a husband, and later, a father, is that stuff will continue to happen on a daily basis.

I’m probably oversimplifying things here, but I think there are basically two ways in which stuff can be dealt with: passively or actively. Which of these we consciously or subconsciously choose will probably be the one modelled to us by our own parents.

Regardless, I know that the path I choose as the man of the house will have a profound effect on the family culture constantly forming around me, and ultimately the legacy I leave for my children.

But as good Catholics we recognise this as the cross that we are called to take up.

Hours of personal reflection and study of how to be a more virtuous man showed me that there is another, better way for me – and other dads – to deal with their stuff:

I think we can all take this call to greatness more seriously.

So what does actively dealing with our stuff look like practically?

We hear so much about how stress is the leading cause of death in first-world countries, but psychologists are now finding that it isn’t so much the stress per se that is leading to numerous forms of heart disease and cancer, but people’s belief that stress will harm their long-term physical and mental health.

That is absolutely amazing. Our bodies literally respond differently when we change our beliefs about stress!

This is the science of courage, and as a man who has had several health issues in the past, it changed my life.

Jesus calls each one of us to actively take up our cross with courage, not reluctantly drag it along until we are crushed under its weight and our own passivity.

To unite this breakthrough in science and psychology to my faith is to know that Jesus is victorious in His Cross and Resurrection, and that he wants me to live His victory out in the everyday stuff I experience as a husband and father.

We were literally made to be actively courageous, and our families are counting on us to do so.

Even though stuff, and a lot of stuff, really did happen that Sunday morning, my wife, Taylor, and I, teamed up and tackled it head on. I stripped Acey and sprayed the poor fella down with the shower while Taylor looked after the linen.

Of course we wanted to grumble, but, in taking action, we somehow saw the funny side instead.