The Story of St Nicholas: The Real Santa Claus 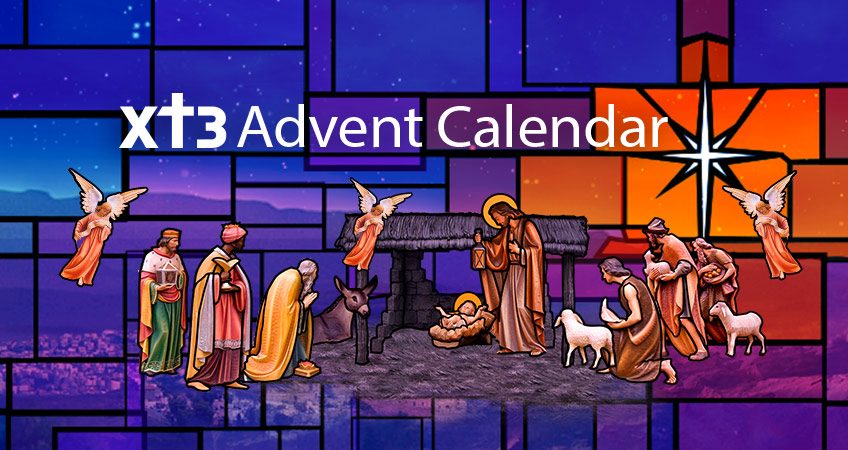 Scroll down for Reflection Questions

The true story of Santa Claus begins with Nicholas, who was born during the third century in the village of Patara in modern day Turkey. His wealthy parents, who raised him to be a devout Christian, died in an epidemic while Nicholas was still young. Obeying Jesus’ words to “sell what you own and give the money to the poor,” Nicholas used his whole inheritance to assist the needy, the sick, and the suffering. He dedicated his life to serving God and was made Bishop of Myra while still a young man. Bishop Nicholas very soon became known throughout the land for his generosity to those in need, his dedication to protect children, and his concern for sailors and ships.

Under the Roman Emperor Diocletian, who ruthlessly persecuted Christians, Bishop Nicholas suffered for his faith, was exiled and imprisoned. The prisons were so full of bishops, priests, and deacons, there was no room for the real criminals – murderers, thieves and robbers. After his release, Nicholas attended the Council of Nicaea in AD 325, where he heroically defended the Church against heresy.

Through the centuries many stories and legends have been told of St. Nicholas’ life and deeds. These accounts help us understand his extraordinary character and why he is so beloved and revered as protector and helper of those in need – and why he is the inspiration behind Santa Claus. One story tells of a poor man with three daughters. In those days a young woman’s father had to offer prospective husbands something of value – a dowry. This poor man’s daughters, without dowries, were therefore destined to be sold into slavery. Mysteriously, on three different occasions, a bag of gold appeared in their home-providing the needed dowries. The bags of gold, tossed through an open window, are said to have landed in stockings or shoes left before the fire to dry. This led to the custom of children hanging stockings or putting out shoes, eagerly awaiting gifts from Saint Nicholas.

Another story tells of three students, travelling on their way to Athens. A wicked innkeeper robbed and murdered them, hiding their remains in a large pickling tub. It so happened that Bishop Nicholas, traveling along the same route, stopped at this very inn. In the night he dreamed of the crime, got up, and summoned the innkeeper. As Nicholas prayed earnestly to God the three boys were restored to life and wholeness. In France the story is told of three small children, wandering in their play until lost, lured, and captured by an evil butcher. St. Nicholas appears and appeals to God to return them to life and to their families. And so St. Nicholas is the patron and protector of children.

Nicholas died December 6, AD 343 in Myra and within a century of his death he was celebrated as a saint. The anniversary of his death became a day of celebration, St. Nicholas Day, December 6th. Widely celebrated in Europe, St. Nicholas’ feast day, December 6th, kept alive the stories of his goodness and generosity. In Germany and Poland, boys dressed as bishops begged alms for the poor. In the Netherlands and Belgium, St. Nicholas was to said to arrive on a steamship from Spain to ride a white horse on his gift-giving rounds. December 6th is still the main day for gift giving and merrymaking in much of Europe.

Then in 1823, a popular poem called “A Visit from St. Nicholas”, which we now known as “The Night Before Christmas”, first described St. Nicholas as bringing toys and sweets to children on Christmas Eve. The legend of Santa Claus was born.

This feature is a part of the 2018 Advent Calendar, which is available to download for free as an app.